CNN Pulls Out Of Russia After Putin Signs "Misinformation" Law

CNN will no longer broadcast in Russia "while we continue to evaluate the situation and our next steps moving forward," according to host Brian Stelter.

This just in from a CNN spokesperson: "CNN will stop broadcasting in Russia while we continue to evaluate the situation and our next steps moving forward."

Update (1451ET): Interfax is reporting that a Russian watchdog says Twitter is now blocked in Russia, adding to the western social media freeze that now includes Facebook and access to app stores.

Update (1437ET): Vladimir Putin signed several laws on Friday - including one which would seize the assets of foreigners if they harm Russians or otherwise infringe on Russian rights, according to Interfax. 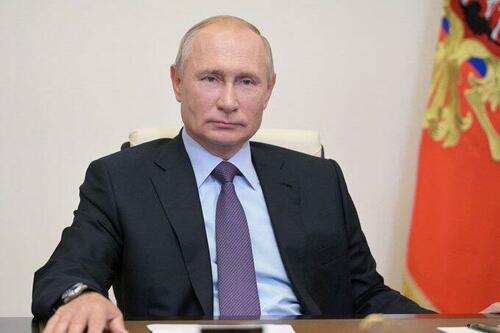 The threat comes in parallel with another law signed on Friday which will criminalize whatever the Kremlin deems "disinformation" about the military in a crackdown on "fake information." As a result, the BBC has pulled all reporters from Moscow.

Meanwhile, Moscow has offered foreign companies three options for a path forward: remain in Russia, exit entirely, or hand over their holdings to local managers.

First Deputy Prime Minister Andrei Belousov spelt out the government's position a little more than a week after Russia invaded Ukraine, and a day after French bank Societe Generale (SOGN.PA) sent a chill through the corporate world by saying Russian authorities could seize its assets in the country.

"The company continues to work...

Read 89 times
Tweet
Published in Economics
More in this category: « : Google walkout organizer on first major ‘Me Too’ law: ‘When you think bigger, it can make a difference’ The Moneyist: ‘Her husband claims he knows nothing about it’: My late sister said I was named in her will. But her husband has not provided it. What now? »
back to top