Neil Parish, British Conservative MP for Tiverton and Honiton, in Devon, first elected in 2010, has resigned after admitting watching pornography in the House of Commons in what he described as a “moment of madness”.

“I’m not going to defend it... I think I must have taken complete leave of my senses and my sensibilities and my sense of decency and everything.”

“The situation was that – funnily enough it was tractors I was looking at. I did get into another website that had a very similar name and I watched it for a bit which I shouldn’t have done..."

“My crime – my biggest crime – is that on another occasion, I went in a second time. That was deliberate. That was sitting waiting to vote on the side of the chamber, on the side door as you enter back into the lobbies.” 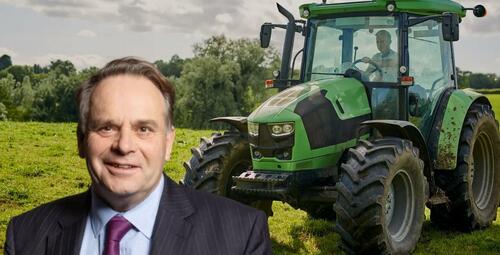 Before he was identified senior Tories, including the attorney general, condemned his actions, and suspended him from the Conservative Whip pending the outcome of an investigation.

After initially indicating on Friday that he hoped to remain in his seat, the resignation announcement came as a dramatic change of heart from Mr Parish.

Read 87 times
Tweet
Published in Economics
More in this category: « The Moneyist: ‘I am angry’: I’m an unmarried stay-at-home mother in a 20-year relationship, but my boyfriend won’t put my name on the deed of our house. Am I unreasonable? : Stocks had a rough week. Smart investors are focusing on the long game »
back to top