With most of the EU on pins and needles waiting to see if Russia actually turns the gas back on after their maintenance shutdown of Nord Stream 1 this month, the European Commission has approved a 5.4 billion euro package for the research and development of hydrogen power.

Hydrogen is often wrongly hailed as the solution to “climate change” and carbon emissions (which are not a legitimate threat to the planet in any way, as shown by the NOAA's own temperature data and the mere 1 DEGREE Celsius rise in world temps in the past century).

Hydrogen is a notoriously difficult technology to produce in terms of efficiency.  For hydrogen to be completely green, it must be produced by electrolyzing water, which splits into the H2 and O that it is made of instead of producing extra carbon just like gasoline.  Hydrogen fuel cells consistently prove to be substandard and lose 30% their energy in the process of splitting H2 from Oxygen, on top of the 26% energy loss from transporting the electrolyzing water. 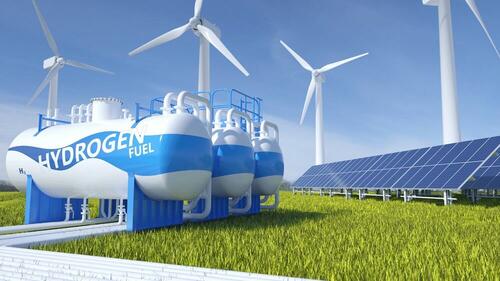 Why is EU leadership continuing to pursue fairy tale technologies when they already have access to green energy production in the form of nuclear power?  While nuclear power is often demonized by environmentalists, it is an actual “zero emissions” source that is already developed and waiting to be utilized.  If they actually cared about an immediate reduction in carbon output, governments would stop wasting their time and tax dollars on terribly inefficient windmill farms and dream technologies like hydrogen and focus on “clean” energy sources that are already proven.

The primary downside to nuclear power is the cost, which is around $15 billion...

Read 127 times
Tweet
Published in Economics
More in this category: « Your Digital Self: The fourth evolution in finance is here today — why decentralized finance is inevitable The Margin: National Ice Cream Day deals and freebies from Baskin-Robbins, Carvel and Dairy Queen »
back to top