The media stopped describing the search of Donald Trump’s Mar-a-Lago estate as a “raid” after a top former FBI agent complained about the wording during an appearance on MSNBC. 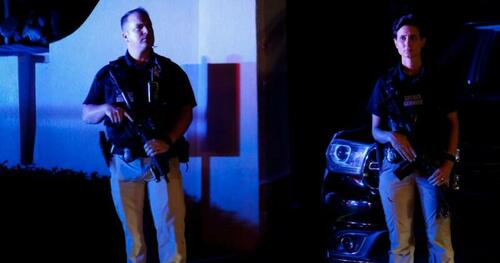 Trump supporters assert that the boxes recovered during the raid contain files that were already declassified by the time Trump left office.

The raid was carried out after an FBI informant had infiltrated Mar-a-Lago and discovered the precise location of where the files were being kept.

Despite widespread anger at the raid from both Trump supporters and Republicans in general, one former FBI agent tried to language police by insisting that the raid, timed for when the feds knew Trump wouldn’t be home, was not in fact a raid.

“Agents, by the way, don’t like the word raid, they don’t like it,” former FBI Assistant Director Frank Figliuzzi told MSNBC.

“It sounds like it’s some kind of, you know, extra judicial non legal thing. It’s the execution of a search warrant. It’s a court authorized search warrant,” he added.

Figliuzzi insisted that the FBI would want the incident described as them having “executed a search warrant” and that calling it a “raid” helped Trump define what happened as “prosecutorial misconduct.”