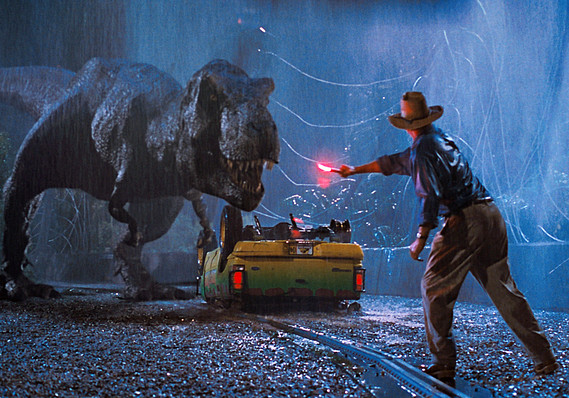 Everett Collection
How to know if there’s a recession monster lurking — there’s no single indicator, alas.

It’s the topic gripping markets as the U.S. economy approaches the longest expansion on record: When will the U.S. fall into recession, and how will we know?

The bad news is, there’s no single variable that can tell you a recession is about to come. But it turns out that a few, in combination, give you a pretty good idea. According to the St. Louis Fed[1], this is what usually happens before a recession:

• Oil prices have shot up ahead of nearly every post-war recession; asset bubbles swelled before the two most recent recessions; and the yield curve has inverted before all recessions since 1960.

So with that in mind, MarketWatch has distilled those into four charts — on oil, the yield curve, and simple valuation methods for the stock market and housing.

One piece of good news, is that yield curve hasn’t inverted, though it has flattened out considerably.

The question of precisely why an inverted yield curve is a good predictor of a recession is still a matter of debate.

A March paper from the San Francisco Fed [6]offered this explanation: “Long-term rates reflect expectations of future economic conditions and, while they move up with short-term rates during the early part of an expansion, they tend to stop doing so once investors’...

More in this category: « Apple Spent A Record $22.8BN On Buybacks In Q1, More Than Market Cap Of Most Companies Bitcoin Cash resumes run higher, adds 15% »