The stock had been halted temporarily for volatility 10 times throughout the day, on the way up and the way down.

The Australia-based company develops visual technology with a focus on glasses-free 3-D display technology. With about 2.6 million shares outstanding, the stock’s rally pushed the company’s market capitalization up to about $58 million.

The public float, or shares available for public trading, is about 1.15 million shares[2], and short interest as of mid-April was 413 shares, or less than 0.1%. Read more about short selling[3].

MarketWatch called and emailed the company’s spokesperson, Adam Holdsworth of PCG Advisory Group, Wednesday afternoon seeking comment or information, but his voice mail box was full. By Thursday morning, Holdsworth still did not respond to the email request for comment. 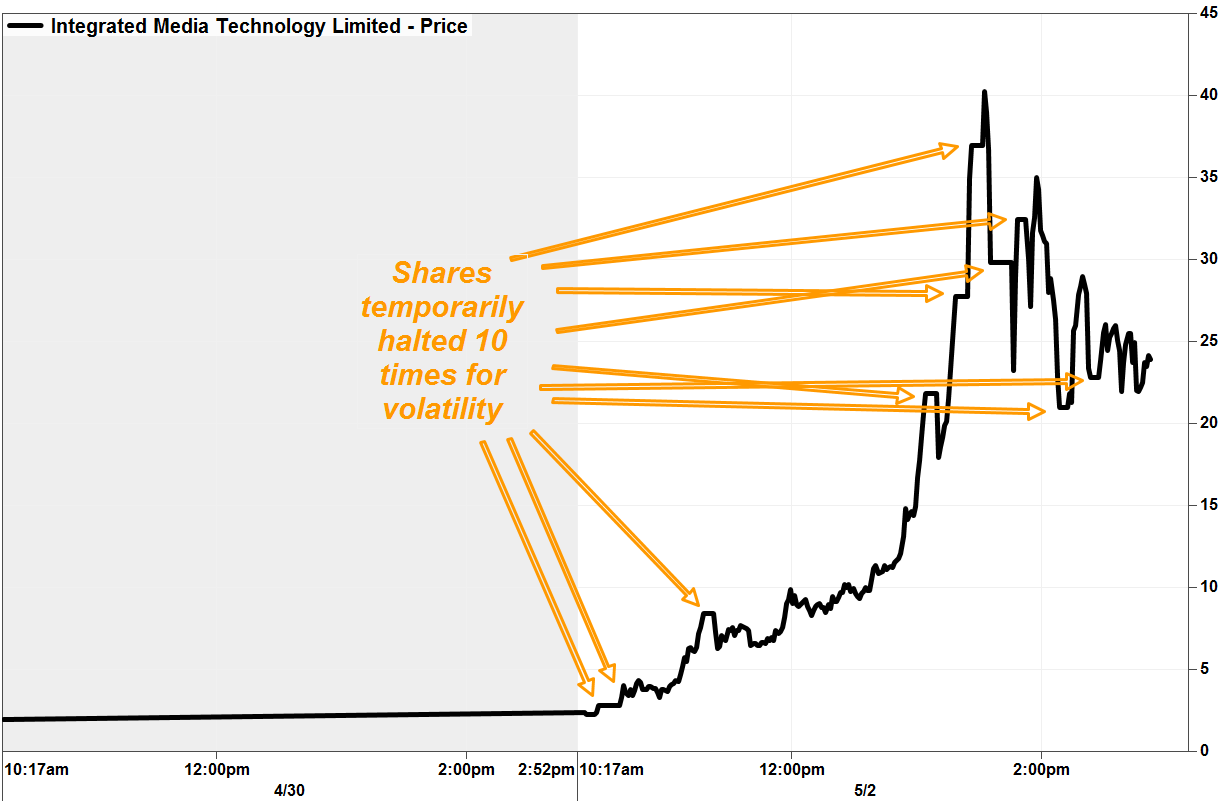 On Tuesday, the company announced that it appointed PCG Advisory Group as its investor relations and corporate communications agency of record in the U.S.

“With our listing on the NASDAQ in 2017, we are moving ahead with expanding our investor awareness in the U.S. through PCG Advisory Group,” said Integrated Media Chief Executive Herbert Ying Chiu Lee in a statement. “We are making significant progress with our 3-D imaging technology and integrated product lines in the display market through our wholly owned subsidiaries, Marvel Digital Limited and GOXD Technology Limited.”

Lee rang the Nasdaq Stock Market’s closing bell on Aug. 25. The stock began trading on the exchange on Aug. 11, according to FactSet.

More in this category: « Morgan Stanley: "Tesla's Call Was The Most Unusual I Have Experienced In 20 Years" Trump Defends "Hush" Payment After Giuliani Revelation, Stormy Daniels' Lawyer "Speechless" »