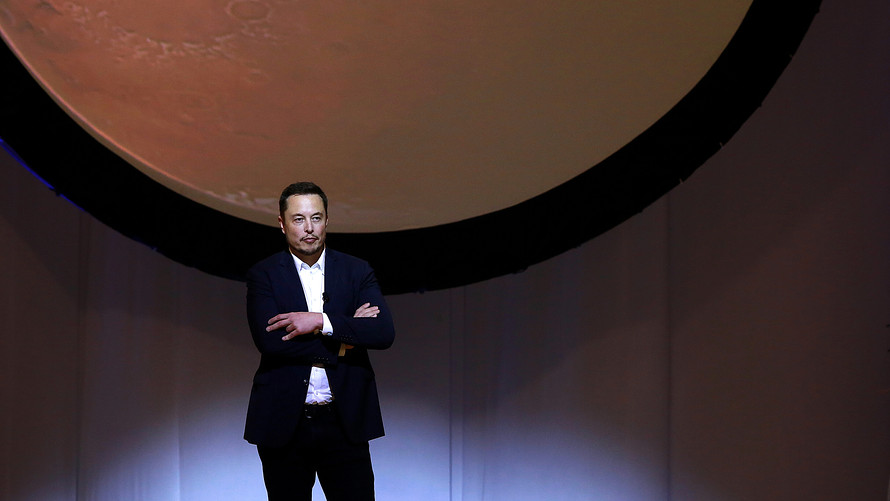 Tesla Inc. Chief Executive Elon Musk held a long, odd earnings conference call[1] Wednesday in which he insulted analysts, the media, federal regulators and people who died behind the wheel of his cars, and then told anyone concerned about volatility not to invest in his company.

Unsurprisingly, volatility ensued, as Tesla TSLA, -7.21%[2]  shares dropped quickly during an increasingly bizarre call with the very analysts and media whom Musk attacked.

Tesla on Wednesday disclosed the largest quarterly loss in the history of a company known far and wide for losing vast sums of money, with a net loss of almost $785 million. The numbers still managed to beat expectations[3] that have been repeatedly lowered for more than a year[4], which led Musk to take a victory lap on Twitter after losing more than three quarters of a billion dollars in three months.

It only got weirder from there. In his conference-call introduction, Musk confused per-week and per-day production figures, described a “super complicated” robot Tesla designed and built before realizing it could not perform its unnecessary function[7], then mentioned offhandedly that he planned to restructure the company this month — a disclosure he never revisited to provide more information.

When the question-and-answer session started, Musk turned vitriolic, and not even his fellow executives were safe. After Chief Financial Officer Deepak Ahuja referred to Tesla as “best in class” for batteries while responding to an analyst query, he was interrupted by Musk.

“The best. It is not a class,” Musk interjected.

“The best in a class of one,” Musk made sure to point out.

Don’t miss: Elon Musk says robot software will make Tesla worth as much as Apple[8]

Soon, Musk turned his ire toward the financial analysts who were asking the questions. When Bernstein analyst Toni Sacconaghi attempted to ask about capital-expenditure spending and the money needed, Musk cut him off by yelling “Next!” When RBC Capital Markets analyst Joseph Spak then asked how many people with Model 3 reservations were actually taking delivery of their cars[9], Musk declined to answer any more “boring,” “dry” questions.

Instead, Musk turned to Galileo Russell, a YouTuber whom Musk allowed to ask a question after an online campaign to appear on the earnings call[10]. Instead of a single question, however, Musk allowed Russell to ask roughly a dozen questions, few with much relation to the quarter in question or near-term Tesla performance. Russell...