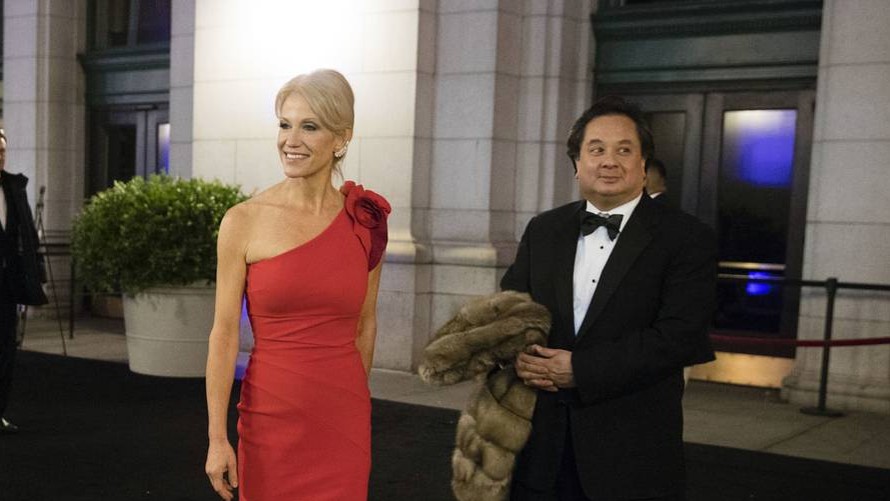 That’s George Conway, husband of White House adviser Kellyanne Conway and expert subtweeter of the president, trolling Team Trump — again. This time, he posted a link and an excerpt[1] from the Federal Election Commission’s website explaining the dos and don’ts of campaign finance laws.

Conway fired off this tweet[2] on Thursday morning after Rudy Giuliani, who was just added to the president’s roster of lawyers[3], told Sean Hannity the night before that Trump reimbursed Michael Cohen for the $130,000 payment to Stormy Daniels.

Watch the interview and skip to the 11-minute market if you want to avoid Hannity overload and get to the relevant comments:

Cohen’s six-figure payment to Daniels, according to legal experts, may have violated campaign finance laws because it was meant to cover up negative media coverage ahead of the 2016 election. According to Giuliani, there was no issue since Trump used his personal money to pay back Cohen.

Mr. Cohen, an attorney, received a monthly retainer, not from the campaign and having nothing to do with the campaign, from which he entered into, through reimbursement, a private contract between two parties, known as a non-disclosure agreement, or NDA. These agreements are.....

...very common among celebrities and people of wealth. In this case it is in full force and effect and will be used in Arbitration for damages against Ms. Clifford (Daniels). The agreement was used to stop the false and extortionist accusations made by her about an affair,......

...despite already having signed a detailed letter admitting that there was no affair. Prior to its violation by Ms. Clifford and her attorney, this was a private agreement. Money from the campaign, or campaign contributions, played no roll in this transaction.

Conway clearly doesn’t see it that way. And this isn’t the first time Conway has posted tweets that might make for an uncomfortable evening at home. He’s previously blasted Trump over...