Apple Inc.’s stock is running higher at the fastest pace in over nine years, as investors continue to reap the rewards of better-than-expected earnings and an endorsement from famed value investor Warren Buffett.

The stock AAPL, +0.72%[1]  shot up $1.33, or 0.7%, to close at a record $185.16 on Monday, and to stretch its win streak to six sessions. The stock got a 4.4% lift last Wednesday, after Apple reported fiscal second-quarter profit and revenue[2] that beat expectations, and a further 3.9% boost on Friday, after Buffett said he bought 75 million more Apple shares[3] during the first quarter.

A sixth straight gain is the longest win streak since the six-session streak that ended Sept. 1, 2017. The stock has soared 14.1% during the current streak, which is the biggest six-session percentage gain since it rocketed 14.5% during the six days ended March 18, 2009, as the stock extended its bounce off bear market lows. 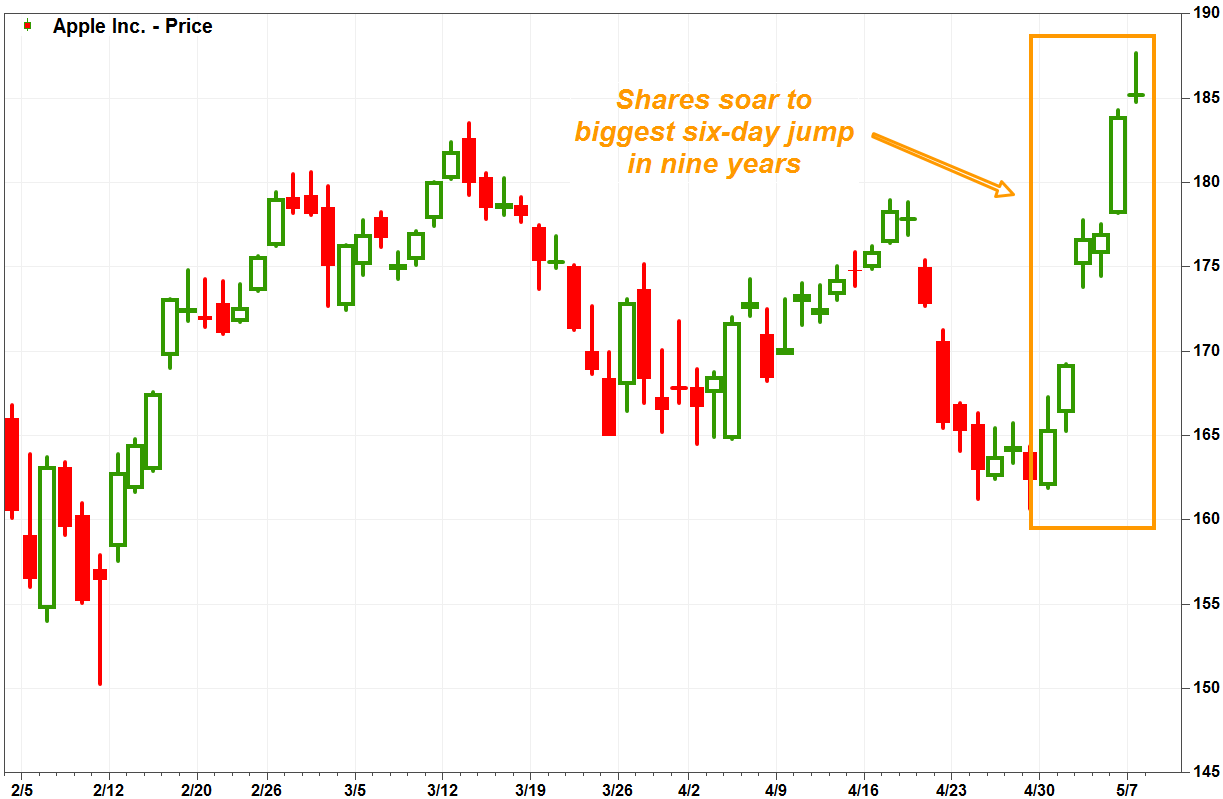 With 4,915,138,000 shares outstanding as of April 20, according to the latest quarterly 10-Q filing with the Securities and Exchange Commission, Apple is currently the most valuable U.S. company with a market capitalization of $910.09 billion.

For Apple to reach the much-anticipated $1 trillion valuation goal at the latest share counts, the stock would have to close above $203.45, which is $18.29, or 9.9%, above current levels.

More in this category: « Why Russian Gas Is Critical For The UK Nervous Markets Slide Ahead Of Trump's Iran Announcement, EMs Roiled As Dollar Surge Continues »