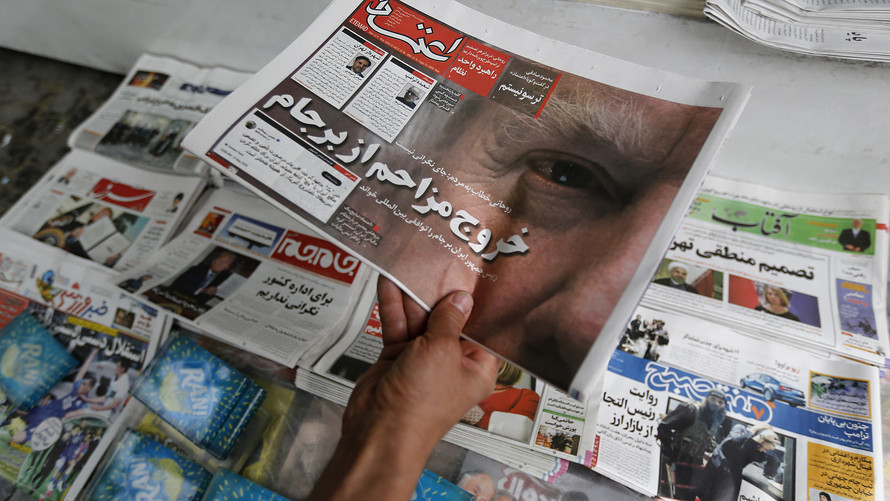 Stock markets seem to be taking President Donald Trump’s hard-line stance on Iran in stride — but there could be some fallout for U.S. allies, analysts say.

Oil prices are jumping Wednesday in the wake of the Trump administration’s decision to withdraw from the Iran nuclear deal and reimpose sanctions on the oil-producing country. But stock markets and safety plays aren’t making huge moves on the back of the president’s much-anticipated Tuesday announcement[1].

Is the calm likely to hold? Below are some of the initial reactions from analysts.

• “Treasury Secretary Steven Mnuchin said the purpose of withdrawing from the deal is not to isolate Iran, but rather to get Iran and the Europeans ‘to enter into a new agreement[2]’ that will be more to Trump’s liking.”

“So this whole move may be just like Trump’s threat to withdraw from Nafta or NATO: A way to put pressure on the other sides in the negotiations to offer concessions to the U.S.” — Marshall Gittler, chief strategist at ACLS Global, in a note

• “While it was widely anticipated that Trump would pull out of the Iran agreement, what is likely to leave a lasting impact on the markets is the threat that he would also penalize those who help Iran.”

“These overall risks are encouraging traders to price in some new geopolitical risk premium, and his threat can potentially be seen as a blow for U.S. allies. There is a threat of Trump’s stark tone questioning U.S. relations with its European allies, especially given that the likes of France and the United Kingdom had appealed for Trump not to withdraw.” — Lukman Otunuga, research analyst at FXTM, in a note[3].

• “The move by Trump is a fresh blow to allies in Europe, who had been trying to convince the U.S. president to stay in the Iran deal, and comes hot on the heels of the steel-tariff issues with the EU.”

“Trump is certainly leaving his mark, as his U.S. protectionist policies leave him driving a hard bargain. Most likely [it’s] the same hard approach that we will see him take with North Korea when he meets Kim Jong Un.” — Jasper Lawler, head of research at London Capital Group, in a note

• “Keep in mind that President Trump has a record of making strong statements and then giving ground on implementation, such as earlier this year when higher tariffs on steel were followed by exemptions for allies. ... Overall, we believe equity markets can withstand modestly higher oil prices.” — Mark Haefele, global chief investment officer at UBS Wealth Management, in a note

More in this category: « Tesla Model S Bursts Into Flames After "Horrific" Crash, Killing Two Men Trapped Inside Why We Shouldn't Listen To Warren Buffett »