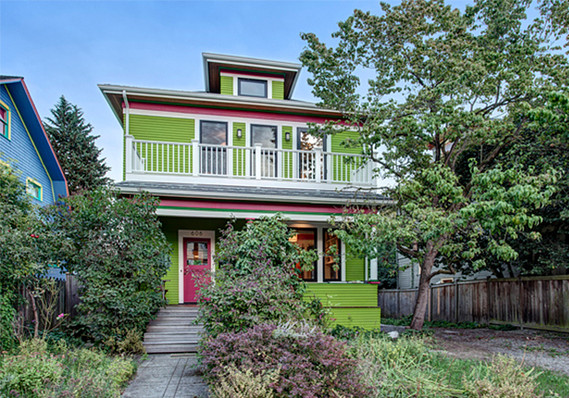 It’s not just tech-heavy Seattle and San Francisco that have stolen for many the so-called American Dream of homeownership with their steep housing prices.

‘Credit has become cheap, but is limited to only half of America making us a landlord nation with one half of Americans renting out homes to the other half.’ Redfin’s Glenn Kelman

Since 2016, he said, the number of available homes per capita nationwide is down 33% over historical averages.

Related: With no letup in home prices, the California exodus surges[2]

He had more data: the proportion of owner occupied single-family homes is down 4.5% since 2000. “This is why since 2012 home prices have increased 43% faster than inflation overall. It’s why in an era of affluence for virtually every major American city many people feel that they can’t afford to live in this city.”

Read: People haven’t been this optimistic about house prices since just before the crash[4]

Zoning laws are a major factor, he said.

“These laws supported on the left and right are fiercely defended by well-meaning neighborhood associations that is sometimes started to act as a cartel to limit housing supply and keep home prices high,” he said. “... Since 2008 government at every level has receded from its commitment to the American dream, despite ample evidence that your home leads to more stable families and careers and deeper community and civic involvement. The private sector can’t solve this problem on its own, eventually the government will as we restore a consensus that affordable housing is a public good.”

Kelman said he doesn’t see a solution for this inventory crunch anytime soon. He said only about 900,000 homes are expected to start this year, a figure that is down 39% from historical averages....

Read 1460 times
Tweet
Published in Economics
More in this category: « Arms And Influence: How The Saudis Took Donald Trump For A Ride When Washington Think Tanks Call For "Action" In The Balkans, Expect Trouble »
back to top