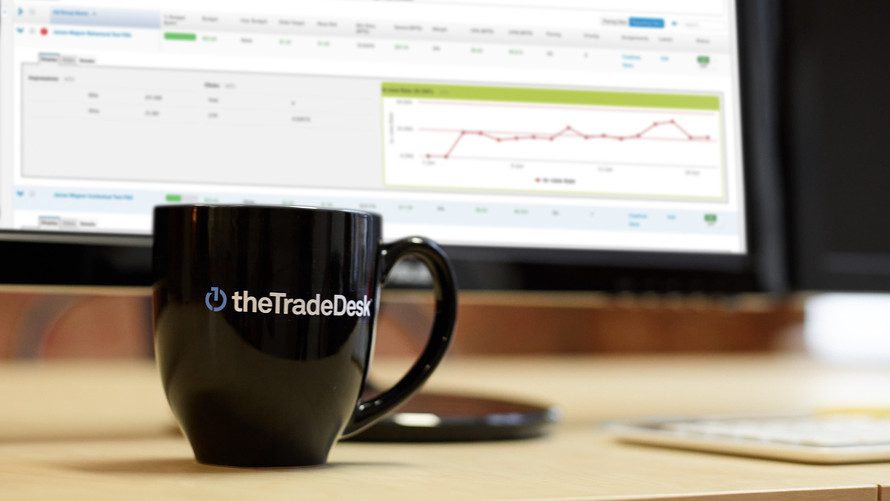 The Trade Desk Inc. walloped earnings expectations in a report Thursday thanks to huge gains for advertising on streaming-video services, sending the stock up 22% in after-hours trading.

Trade Desk TTD, +2.35%[1]  reported sales of $85.7 million, beating the FactSet consensus of $73.2 million, and adjusted earnings of 18 cents a share, well above the expected 10 cents a share. In an interview with MarketWatch, Chief Executive Jeff Green credited the strength of the overall online advertising business, driven by mobile video and streaming TV.

“Streaming TV is the fastest-growing segment of our business,” Green said by phone.

As inventory continues to grow at a rapid pace, pushed by the likes of Roku Inc. ROKU, -1.72%[2]  and its ad-supported streaming channel, Green says that big brands are moving into streaming TV advertising. The company said in its earnings release that connected TV spending grew nearly 2,000% year-over-year in the first quarter, even faster than previous large leaps.

“In the fourth quarter, we saw connected TV ad spend going up by 535%,” Green said. “We think it’s an indication that big brands are moving a significant amount of their budgets, and they’re going into connected TV and video. Big brands moving in is the only way you put up numbers like 21-times growth.”

That massive increase in spending, as well as similar increases in connected-TV ad inventory, has created demand for automated methods of filling it, called “programmatic advertising” in ad-industry jargon. That is Trade Desk’s main business: buying ads for clients via programmatic tools.

“We’re still in the first innings, but from my standpoint, this points to the broad reality about connected TV,” Green said.

Green says consumers have figured out that on-demand video is a better experience and that as viewers move to watching shows online — in some cases via streaming gadgets produced by Roku or rivals — advertisers are following.

In the U.S., as consumers indulge in more connected TV content, Green says they are finding viewers can’t or won’t pay for cable as well as a handful of ad-free streaming services such as Netflix Inc. NFLX, -0.21%[5]  As a result, ad-supported TV viewing is growing at a rapid clip. In Asia and elsewhere abroad, ad-supported channels often come...

More in this category: « WSJ: The FBI Hid A Mole In The Trump Campaign Beware Of The Coming Economic Debt Bomb »