Bitcoin on Friday broke below a short-term support line at $9,000, extending selloff in the previous session that took all major currencies into the red for the week.

The price of the No. 1 digital currency had spent the best part of the week consolidating after nearing the $10,000 mark late last week. However, that phase now appears to be breaking, giving some analysts cause for concern.

“It’s worth noting that while this could be a significant breakout to the downside, we have pierced the $9,000 level a few times throughout this time but each time price has rebounded back above,” wrote Craig Erlam, senior market analyst at Oanda in a research note.

“A significant close below here today could signal another period of downside for bitcoin, which has seen a number of false dawns since the collapse in its price around the turn of the year.”

Mining economics have bitcoin on track for record high

In a Thursday research note, Fundstrat Global Advisors, one of the markets biggest crypto bulls, said the bitcoin mining price dynamics have the No. 1 digital currency on track to reach $36,000 by the end of 2019.

Mining efficiency is an important facet of the cryptocurrency market, and the New York-based research team said that higher hash power—the processing speed required by computers to generate a bitcoin—will propel bitcoin to a new all-time high. 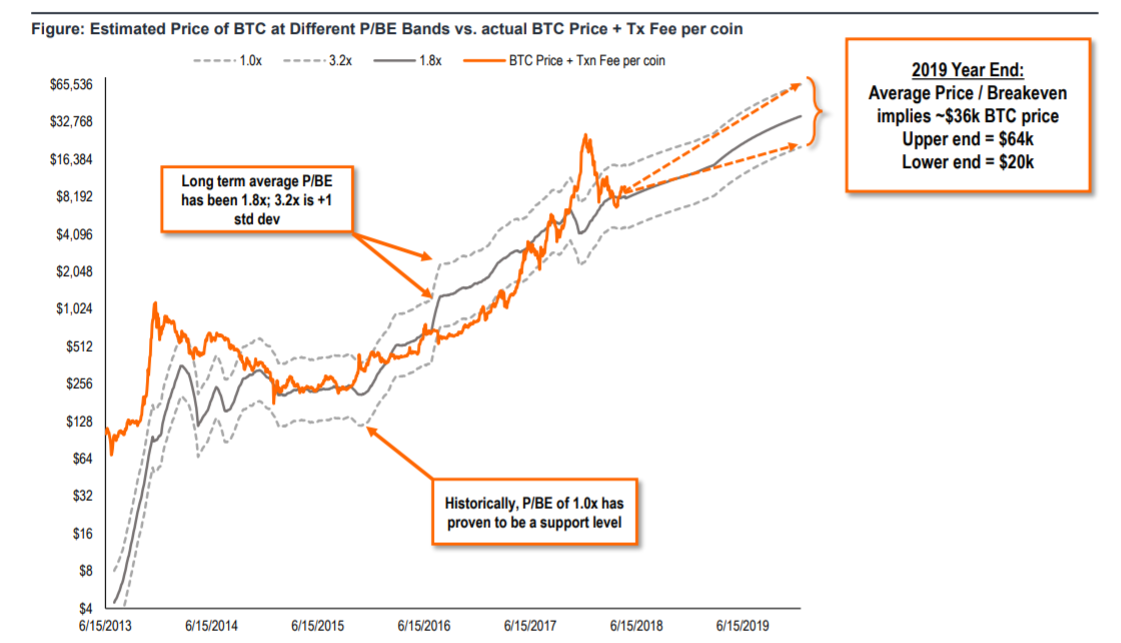 The company notes that the price to break-even cost metric (P/BE) provides an important support level for those mining digital currencies.

On Monday, Fundstrat said bitcoin could rally as much as 70%[2] during the coming Consensus 2018[3] conference in New York City.

Read: Here’s how much it costs to mine a single bitcoin in your country[4]

More in this category: « Stocks Surge But Cryptos Tanked, ARS Spanked, & Dollar Bid Yanked The Wealthy Are Hoarding $10 Billion Of Bitcoin In Bunkers »