Bonds, stocks and gold all falling at the same time means there is almost nowhere to hide 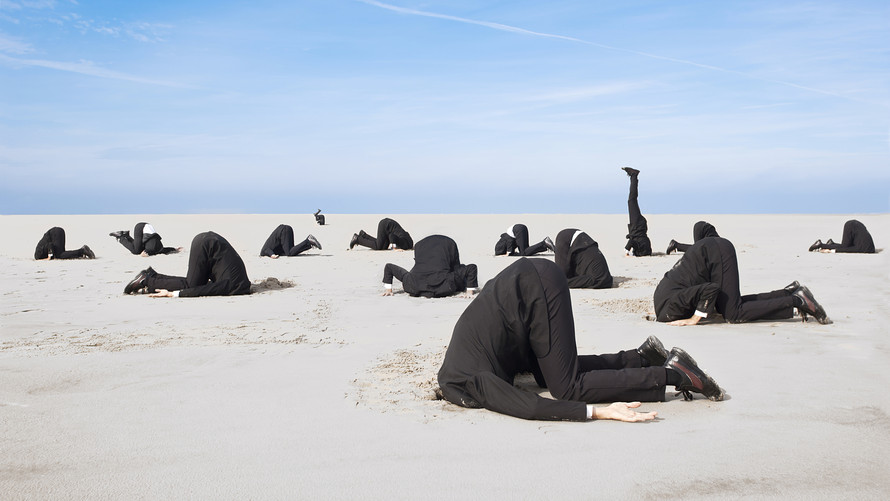 There was nearly nowhere to run or hide to for investors on Tuesday.

The Dow Jones Industrial Average snapped an eight-session streak of gains[1] with a triple-digit decline, wiping out the blue-chip average’s meager 2018 advance.

Meanwhile, the yield on the closely watched 10-year Treasury note TMUBMUSD10Y, +2.61%[7] which moves inversely to prices, shot up to its highest level since 2011[8], hitting an intraday peak around 3.093%, and posting its largest single-session rise since March 1, 2017, according to WSJ Market Data Group.

All that means that haven assets like gold and bonds weren’t providing much of a safe place to park money at a challenging time, instead plunging to levels not recently seen in months amid a downturn in stocks.

“The only place to hide was in cash because the dollar’s up,” quipped Art Hogan, chief market strategist at B. Riley FBR Inc.

Tuesday’s action wasn’t the normal dynamic for markets. Havens like bonds and gold tend to draw bids when stocks tumble.

So, why did those assets fall in tandem on Tuesday?

The move has been widely attributed to the jolt higher in the 10-year Treasury above 3%, which rippled through markets, underpinned by economic reports and rising crude-oil prices CLM8, +0.06%[9] that have suggested that creeping inflation and prices may be sufficiently robust to compel the Federal Reserve to hike rates at a more rapid clip than the market has anticipated.

Data on Tuesday showed retail sales climbe[10]d 0.3% in April following an even larger gain in March than originally reported....