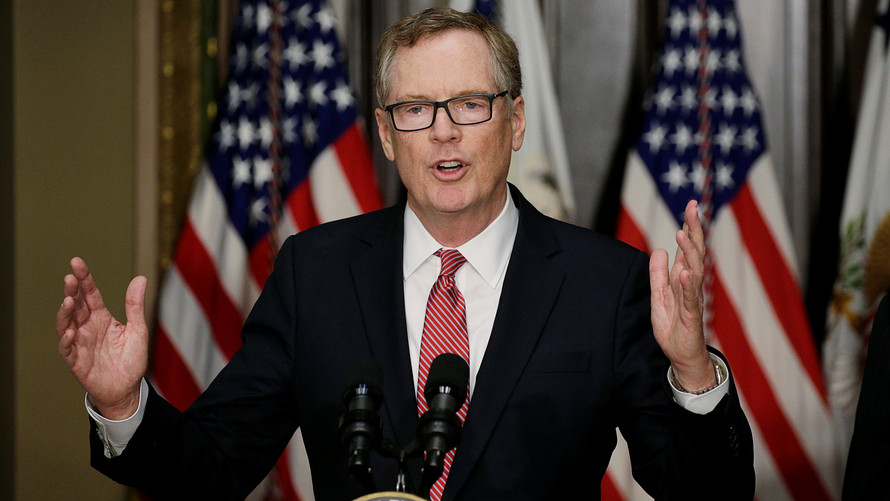 WASHINGTON — President Donald Trump’s trade chief said Thursday the U.S. is “nowhere near” a deal on the North American Free Trade Agreement, effectively brushing aside an offer from House Speaker Paul Ryan for more time to conclude a deal that could be considered in Congress this year.

“The Nafta countries are nowhere near close to a deal,” U.S. trade representative Robert Lighthizer said in a statement, citing “gaping differences” on intellectual property, agricultural trade, duty-free levels for shipments, labor rules, and other areas.

“We of course will continue to engage in negotiations,” Lighthizer said. “And I look forward to working with my counterparts to secure the best possible deal for American farmers, ranchers, workers, and businesses.”

All three Nafta countries — Mexico, Canada and the U.S. — had sought to wrap up a deal before the height of the U.S. midterm season and before Mexico’s presidential election on July 1. Ryan, who had originally set Thursday, May 17 as a deadline, sought to offer Lighthizer and his Canadian and Mexican counterparts more time to reach a deal this spring that could still get a vote before a new Congress takes office in January.

Want to listen to police scanners? Cops say no more.[2]

More in this category: « An Empire Of Nothing At All - A Staggeringly Well-Funded Blowback Machine Europe: National Sovereignty Vs. International Conquest, At Stake Over Iran »