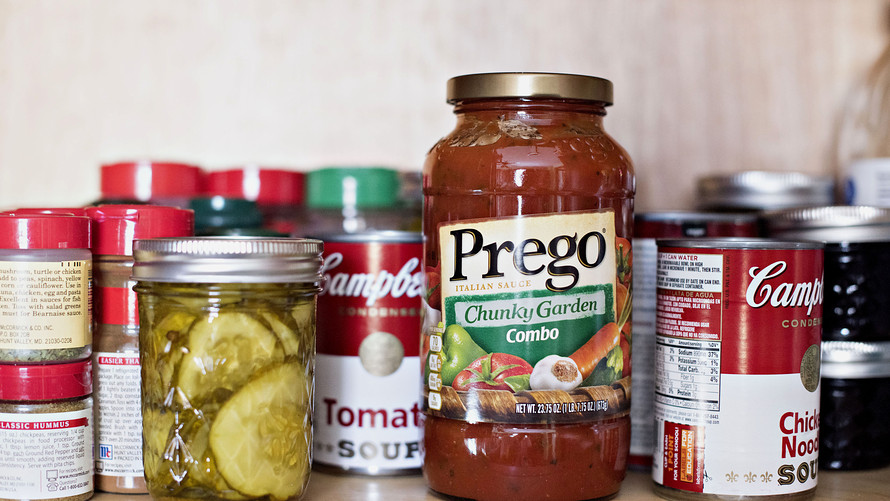 Shares of Campbell Soup Co. slid more than 12% Friday to their lowest level since January of 2013, after the company announced the immediate departure of chief executive Denise Morrison and said it would conduct a full review of its entire portfolio amid struggles with fresh food and soup.

“We will undertake a thorough and critical review of all aspects of our strategic and operating plans including the composition of our entire portfolio,” interim CEO Keith McLoughlin told analysts on the company’s earnings call, according to a FactSet transcript. “That work will inform our capital allocation and resource deployment priorities. Everything is on the table. There are no sacred cows.”

Campbell Soup has suffered three straight years of declining sales after a push toward fresher foods through a series of acquisitions led by Morrison failed to gain traction. A dispute with a major customer about a soup promotion, later revealed to have been Walmart WMT, -0.97%[2] , dented soup sales last year[3].

Read: Why you should think twice before spending more for pet food that’s labeled ‘natural’[4]

The company lowered its earnings guidance, and now expects 2018 adjusted EPS to fall 5% to 6% to $2.85 to $2.90, pushed down by the $6.1 billion acquisition of snacks company Snyder’s Lance, which closed in the quarter. The previous guidance was for an adjusted EPS decline of 1% to 3%.

Chief Financial Officer Anthony DiSilvestro said the acquisition is the company’s biggest ever and will “meaningfully” shift the portfolio toward the faster-growing snacking category. “On a pro forma basis, snacking will become almost one half of our portfolio of sales,” he told analysts.

However, the deal was expensive and the company took on debt to fund it, which it now has to service. DiSilvestro said the company expected to use cash to reduce...