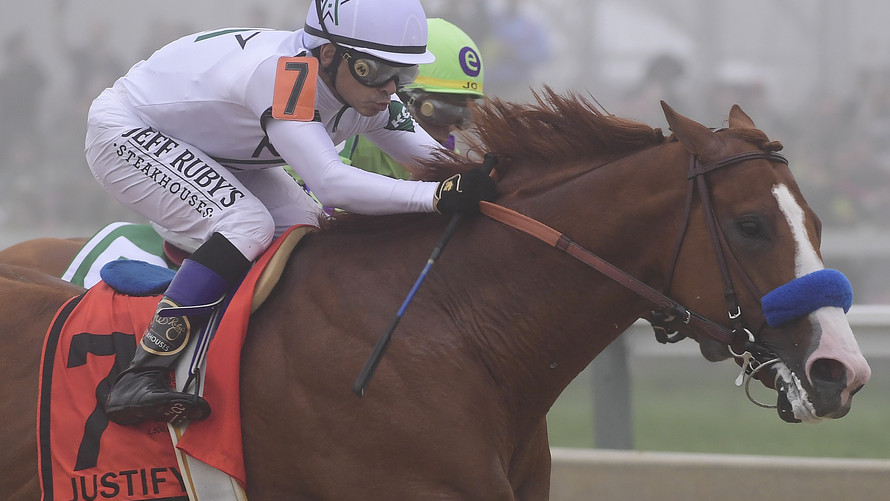 Kentucky Derby winner Justify, sent off as the 1-2 favorite, won the Preakness Stakes on Saturday, running his unbeaten streak to five races and setting up a historic shot at horse racing’s Triple Crown when he competes in the Belmont Stakes in three weeks. Justify will seek to become only the second undefeated Triple Crown winner following Seattle Slew’s 1977 win.

Bravazo, who finished sixth in the Derby, made a race of it late but came up just short on a sloppy, fog-shrouded Pimlico Race Course in Baltimore. Tenfold, the longest shot in the field at 25-1 nabbed third in a tight finish.

Justify will attempt to become the lucky 13th horse to win the Triple Crown. Since all three races were inaugurated, 23 horses have won the first two legs of the Triple Crown but failed to win the Belmont. California Chrome was the last horse to fall short, finishing fourth in the 2014 Belmont.

American Pharoah, also trained by Baffert, broke a 37-year Triple Crown drought in 2015 when he swept the series. He became just the 12th horse in history to win the Triple Crown.

The previous two winners of the Derby, Always Dreaming in 2017 and Nyquist in 2016 both failed to win the Preakness.

After beating 19 challengers in the Kentucky Derby, only 7 opponents lined up to face Justify in the Preakness Stakes.

The Belmont Stakes, the third leg of the Triple Crown, will be run Saturday, June 9 at Belmont Park in Elmont, N.Y....