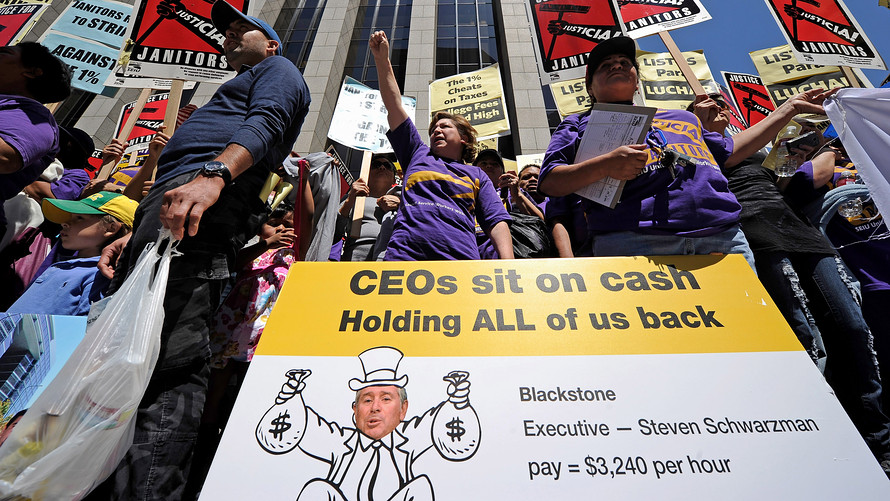 Activist hedge funds such as those run by billionaires Carl Icahn, Bill Ackman and Daniel Loeb have more of an impact on a company than just forcing management to dance to their tune.

They also shave more than $350,000 off a chief executive’s compensation within a year of taking a stake in his or her company.

That’s according to new research from Warwick Business School at the U.K.’s University of Warwick, which compiled CEO compensation data from 244 listed U.S. companies and analyzed it over seven years. Researchers Jana Fidrmuc and Swati Kanoria looked at data for the three years before an activist showed up, the year it bought stock in the company and the three years after that.

They then compared the results with data on CEO pay from another 244 companies that were not the subject of activists but belonged to the same industry sector and were of a similar size and book-to-market value.

The data showed that both base pay and stock awards fall drastically once activists moved on a company.

Read now: Short sellers are not evil, but they are misunderstood[2]

“The pay-for-performance sensitivity is cut dramatically by activist hedge funds, down to levels comparable with their peers,” said Fidrmuc. “This result is not driven by the hiring of a new lower-paid CEO, and it also holds when taking into account takeovers and share buybacks.”

The study found that CEOs received on average $329,344 more than their peers in total pay, in the two years before an activist targeted their companies.

Other benefits and perks awarded to CEOs also took a hit, declining from $72,569 above their peers to $94,396 below a year after the activist’s entry.

The study further found that CEO pay begins to rise again two years after activism and by the third year is $270,766 more than peers.

“Since stock awards help align managerial interests with firm value, it is surprising to find a reduction in the level of stock awards in target firms after the activist has entered,” said Kanoria. “We think this is because the activist joins the board and closely monitors the CEO. Therefore there is less need for performance pay, which is risky and quite expensive for the firm.”

Stock is often used as a tool to overcompensate managers, as an alternative to base salary rather than as an incentive, said Kanoria.

“Once an activist exits the firm, there is a renewed need for performance pay to provide incentives to a CEO....

Read 586 times
Tweet
Published in Economics
More in this category: « Visualizing What Happens In An Internet Minute In 2018 Letter From Iran: Dear Mr. Trump, You've Been Served »
back to top