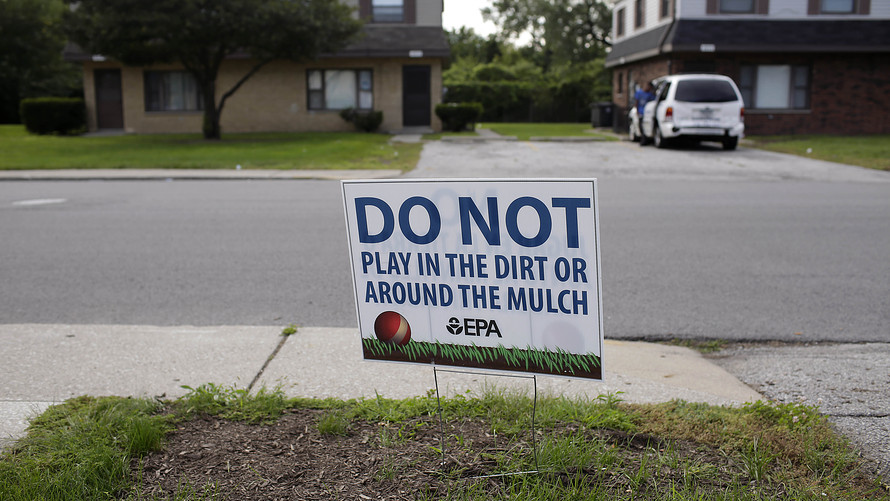 Lead in water is a well-known health hazard, but now there’s evidence of a link between lead in soil and air and humans’ ability to have babies.

Reductions in airborne lead increased fertility rates, while higher amounts of lead in topsoil decreased fertility, researchers from Carnegie Mellon University found in a new study. “The latter finding is particularly concerning, because it suggests that lead may continue to impair fertility today, both in the United States and in other countries that have significant amounts of lead in topsoil,” wrote the co-authors of the study[1], circulated this week by the National Bureau of Economic Research.

The paper’s authors analyzed county-level data on airborne lead between 1978 and 1988 and looked at lead in soil in the 2000s. “In both periods, the effects of lead on fertility are meaningful,” researchers wrote.

When airborne lead decreased between 1978 and 1988 after the federal Clean Air Act went into effect, there was a 6.7% increase in the fertility rate, or 4.5 births per 1,000 women per year, the study found. In the mid-2000s, fertility in “high lead counties” — meaning counties where the level of lead in topsoil was above the national median — decreased by 11%, or 7.8 births per 1,000 women, researchers said.

“We kind of knew that very high levels of lead exposure would impact fertility, but what we didn’t know was that at more moderate levels, it would impact fertility,” study co-author Karen Clay, an economics and public policy professor at Carnegie Mellon, told MarketWatch. “The other thing that’s important to recognize is that this is not just a historical issue.”

Because of regulations including the Clean Air Act, people mistakenly assume lead is no longer a widespread problem. While regulations ban lead in gasoline, it’s still commonly found in topsoil, Clay noted. Public health warnings typically focus on lead’s effects on babies and children, but the study’s findings highlight the dangers to adults.

“People are so focused on children, and it’s absolutely incredibly important that we reduce exposure for children, but what people don’t recognize is that there are impacts for adults, especially if they’re trying to conceive a child,” Clay said.

Birth rates in the U.S. are at a record low

The findings come as the U.S. fertility rate has reached a 30-year low[2]. Demographers have suggested this dip in births could be a lasting after-effect of the 2008 recession, when families postponed having more children for financial reasons. Meanwhile, sperm counts fell between 50% and 60% between 1973 and 2011 in North America, Europe and Australia, a 2017 study published in the journal Human Reproductive Health found[3].

See also: How the record low birth rate could signal a coming recession[4]

Lead shows up in dust, candy and even baby food