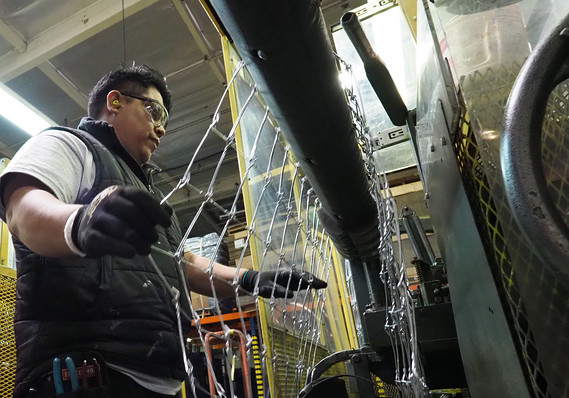 The numbers: The MNI Chicago business barometer surged 5.1 points to a reading of 62.7, the highest level since January.

Any reading over 50 indicates improving conditions.

What happened: The indicator, also known as Chicago PMI, was driven by an acceleration in both output levels and orders. While employment bounced back from a six-month low, firms said they had difficulty finding adequate workers, MNI said. The price paid component was near a seven-year high.

Big picture: U.S. manufacturing has been helped by solid demand domestically and internationally, though trade worries continue to linger. Other regional surveys also pointed to a better performance in May.

What they’re saying: “Although broad based, the rise was largely thanks to a rebound in demand and back-to-back growth in output,” said Jamie Satchi, economist at MNI Indicators. “The result was, however, assisted by the intensification of supply side constraints, with order backlogs surging and lead times on key materials up sharply,” he added.

Market reaction: U.S. stocks DJIA, -0.61%[1]  were on the backfoot Thursday morning after the U.S. government confirmed steel tariffs would be imposed....