Even though the official unemployment rate has dropped to a 19-year low of 3.9%, the economy is still broken for a great number of Americans who are living a precarious existence — nearly invisible and economically marginalized.

For millions of Americans, the security and income of a steady 9-to-5 job is as far out of reach as it was during the worst of the Great Recession. Some, of course, have simply given up on finding any job, discouraged about their employment prospects after so many years out of work.

Many others have resorted to scrambling for a buck here and a buck there, cobbling together a patchwork of irregular hours and side hustles.

Also read the jobs preview: Job creation probably sizzled in May — but not wages[1]

When viewed from 35,000 feet, the economy looks pretty strong, with stellar profits, higher household consumption and a tight labor market. But most of the economic data glosses over these forgotten Americans. This new army of contingent “workers” don’t seem to fit any of the old classifications. They aren’t employees exactly, nor do they act much like entrepreneurs.

How widespread is this phenomenon? Some say these so-called “alternative work arrangements”[2] are pervasive, encompassing tens of millions of workers. Others say the “gig economy” is tiny,[3] amounting to about one of every thousand hours worked in the United States. It’s hard to say what the right answer is because we’re still arguing over the sparse data we have. Nor do we have common definitions of what we’re trying to study.

78 million hustling for dimes on the side

The Federal Reserve has just published a study that sheds some light on this hidden part of the economy. The Survey of Household Economics and Decisionmaking[4] delves into how people feel about their economic lives and why they make the decisions they do. Surveys like this add shadings that the regular data miss.

The SHED found that about 31% of adults participate in what the Fed called “the gig economy” — work done outside of regular employment structures. That looks huge — about 78 million people. However, most of these people are working five hours a month or less on their side hustles, and the kinds of activities this survey considers to be “gigs” is far broader than what other researchers consider, including selling goods and services online or in real life, or picking up a few hours of babysitting. 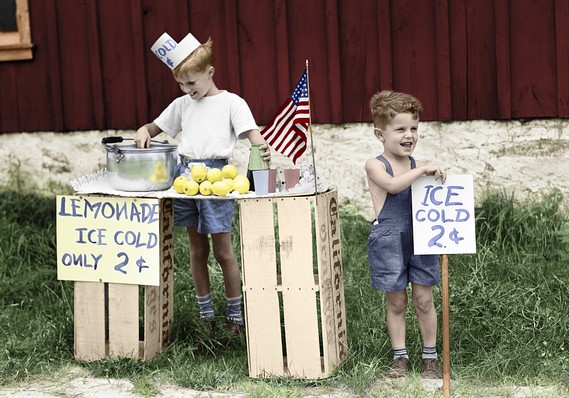 H. Armstrong Roberts/Classicstock/Everett Collection
About 78 million Americans earn some extra money with a hustle on the side.

Other researchers have narrowed their focus to online gigs such as driving for Uber or Lyft. Economist Larry Mishel of the Economic Policy Institute recently published research [5]showing that about 1% of American workers were...