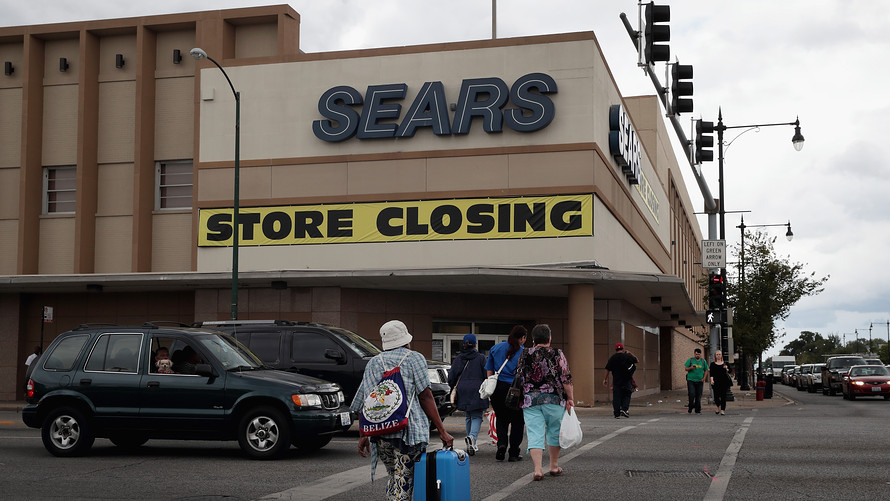 Sears Holdings Corp. provided a list of the 63 Sears and Kmart stores that will begin store-closing sales “in the near future,” with others likely on tap to be shuttered down the road.

Its stock SHLD, -17.97%[1]  plunged 18% in afternoon trade Friday, putting it on track to suffer the biggest one-day drop since June 2015. The stock had tumbled 12.5% Thursday after the struggling department-store chain reported before the open that it swung to a loss of $424 million [2]in its fiscal first quarter, as revenue and same-store sales continued to decline. Sears said store closures contributed to nearly two-thirds of the decline in revenue.

That set the stock up to fall over 34% this week[4], which would be its biggest one-week percentage decline since it started trading in its current form in April 2003, according to FactSet data.

Don’t miss: Yes, Sears is likely to collapse, but its biggest stakeholder will be just fine[5].

In Thursday’s earnings report, Sears said it had identified 100 “non-profitable” stores, and that it would begin closing 72 of those stores in the coming months. Later Thursday, Sears said it pulled “a small group of stores” from its list of closures, as they are being “evaluated further.”

More in this category: « Is A Natural Gas Pipeline Between Alaska And China Realistic? Top North Korean Official Visits White House For Most Significant Meeting In 18 Years »