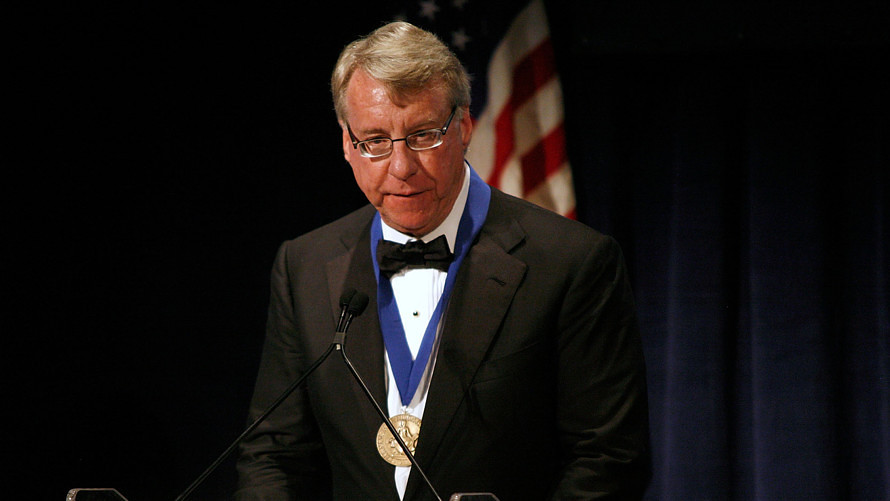 Famed short seller Jim Chanos is the latest high profile investor to pour scorn on bitcoin and other cryptocurrencies.

In an interview with the Institute for New Economic Thinking[1], the guy who predicted the downfall of energy company Enron Corp. said bitcoin is a product of the global bull cycle in a period of excessive risk-taking. “So this is simply a security speculation game masquerading as a technological breakthrough in monetary policy,” Chanos said.

The founder of New York-based Kynikos Associates said bitcoin BTCUSD, -1.46%[2]  and other digital currencies are a “libertarian fantasy” adding that proponents of the decentralized and anonymous nature of the technology who believe it could replace fiat currencies are wrong.

‘And if you say, well, fiat currency is going to bring the world down, which could, of course, happen, then I say the last thing I’d want to own is bitcoin if the grid goes down.’ Jim Chanos, founder of Kynikos Associates

Chanos’ comments come a day after Apple AAPL, +0.84%[4]  co-founder Steve Wozniak said he buys into Jack Dorsey’s comments that bitcoin should be the worlds single digital currency. And as for the store of wealth debate, championed by the combative Winklevoss twins: Chanos isn’t buying it.

“For those who believe it’s a store of value in the coming apocalypse, the idea is that you’re going to have to safeguard your key under a mountain with fingerprint and eye scan security while the hordes are outside your bunker trying to get in to use it—for what, I have no idea,” said Chanos.

Chanos continued, saying in the worst-case scenario he would prefer food over digital currencies.

More in this category: « The stock market is headed into lots more stormy weather Bridgewater: "We Are Bearish On Almost All Financial Assets" »