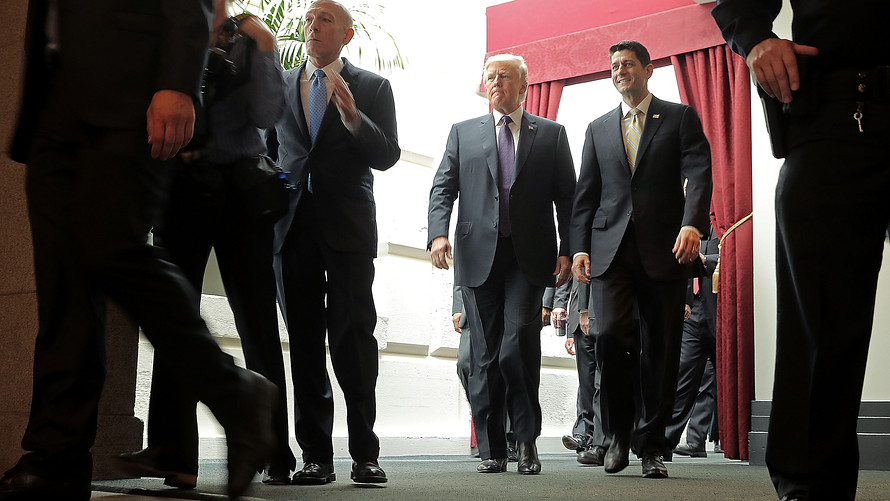 In recent months, there has been a lot of talk among Democrats and Republicans alike about a so-called blue wave in this November’s midterm elections that will tilt the makeup of Congress in favor of the Democrats and may even give them a majority in the House.

Indeed, as Democrats have won special elections in surprising places like Alabama and Western Pennsylvania, more and more Republicans have decided to retire[1] from Congress rather than run what looks like an uphill race for re-election. When House Speaker Paul Ryan announced his own decision to retire[2], many took this as the latest sign that the writing is on the wall for Republicans.

Yet recently, this narrative seems to have turned. Political news outlet The Hill declared that “[e]lection fears recede for Republicans[3]” as polling generically asking voters whether they prefer a Democrat or a Republican has tightened. Political website FiveThirtyEight’s estimate of all generic polling gives Democrats an edge of 5.9 percentage points[4] — which may seem like a lot, but has to be understood in the context of gerrymandered House districts that give Republicans a significant cushion.

A blue wave is far from certain, but it’s also not clear that Republicans can hold on to their majorities in Congress.

The reality is almost certainly somewhere in between — in other words, a blue wave is far from certain, but it’s also not clear that Republicans can hold on to their majorities in Congress.  Analyst Kyle Kondik of Sabato’s Crystal Ball, who has never seen Democrats as clearly favored as they are this fall, estimates their chances of winning a majority in the House of Representatives at about 50-50[5].  In other words, it could go either way.

Democrats — and anyone who is concerned about the danger the Trump presidency poses to American constitutional democracy — should take some lessons from this landscape.  First, being overconfident would be a big mistake. It is entirely possible that Republicans will retain control of Congress after the midterm elections. Democrats ought to think about how best to focus their message[7].

But that’s not enough. Since there is of course no guarantee that Democrats will win control of either chamber of Congress this fall, they need a backup plan. The stakes are just too high: congressional Republicans refuse to engage in the most basic of oversight and are allowing Donald Trump to conduct his presidency as a kleptocratic enterprise[8] bent on undermining the rule of law.  If Republicans retain control of Congress, there is every reason to be concerned that this will continue — and therefore every reason to think about ways to change the script even if Democrats are unable to change the balance of power in the legislative branch.  Moreover, even if Democrats do...

More in this category: « Nikkei makes up early losses as Asian markets are mostly quiet Mass-Migration Should Be Accepted By Western Nations, UN SecGen »