Buy the dip with Italy’s stocks? Why you may want to just say no 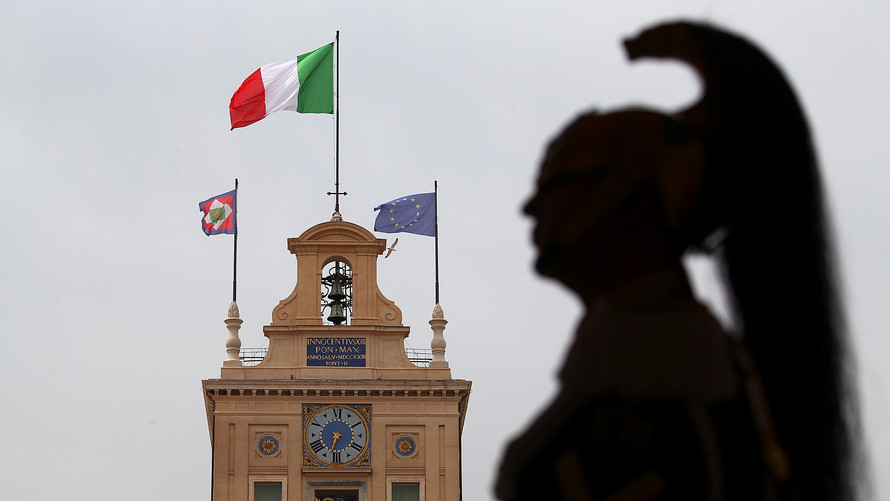 Italy’s stocks have gone on sale, thanks to the country’s latest political drama, but they haven’t necessarily become a great bargain.

When it comes to buying the dip, a bunch of strategists are saying, “No, grazie.”

A big issue for bears is that while Italy’s FTSE MIB equity benchmark I945, -1.21%[1] has dived over the past month, the drop followed a year-and-a-half-long rally that had delivered a gain of more than 40%.

“Risk-reward going forward is weaker, given the strong run and the rising political overhang,” say JPMorgan strategists, led by Mislav Matejka, in a recent note. They have recommended taking profits on Italian stocks and instead rotating into German equities.

In like vein, strategists at Société Générale note that, if investors look back to 2016, rather than to just a month ago, the Italian market is not the steal it once was. It has traded lately around 12.4 times forward-year estimated earnings, up from 11.1 in December 2016. Thus, its price-earnings discount, relative to the rest of Europe’s, has dropped to about 14%, down from 21% a year and a half ago, write SocGén’s Roland Kaloyan, Charles De Boissezon, and Kevin Redureau.

The selloff in Italian stocks EWI, -1.02%[3] has been triggered in large part by worries around the potential for another general election, with investors fearing the vote could push the country toward ditching the euro—which would be a huge development. The FTSE MIB shed 13% in falling from an early-May peak near 24,500 to a May 29 close just above 21,000[4], a 10-month low. The index then recovered[5] as last week progressed, but a further rally might be hard to come by.

“We would expect international investors to stay on the sidelines, at least until the political turmoil cools,” say the SocGén trio, warning that buying could stay weak for several months.

Investors are waiting to see how a euroskeptic coalition led by Italy’s two biggest antiestablishment parties—the 5 Star Movement and the League—will govern the nation, after eluding President Sergio Mattarella’s effort to block such a government[7]. Mattarella’s move had appeared to set the stage for a fresh election, as soon as July, but last Thursday he gave the two camps another chance to form a government, which they did[8]. The new government was sworn...

Read 1283 times
Tweet
Published in Economics
More in this category: « Netflix to turn Dolly Parton’s songs into a series US Debating Whether To Expand Military Presence In Yemen »
back to top