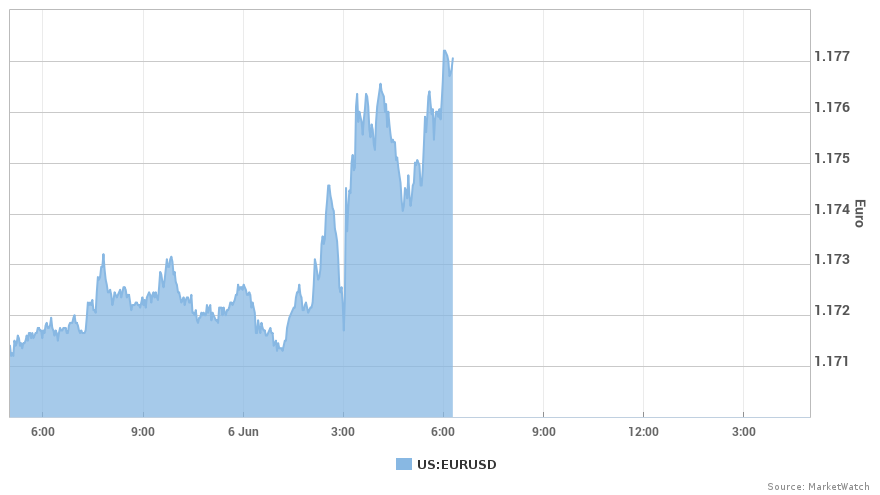 The U.S. dollar dropped against the euro Wednesday, with the shared currency extending gains as European Central Bank officials signaled they’re ready to ramp up discussions about when to end the central bank’s massive bond-buying program.

The euro swung higher after two ECB officials on Wednesday said the bank’s meeting on June 14 will include discuss about when to start winding down its €2.5 trillion ($2.94 trillion) bond-buying, or quantitative easing, program.

The comments by ECB Chief Economist Peter Praet and ECB policy maker Jens Weidmann appear to back up a Bloomberg report published Tuesday that the central will discuss QE’s end[7] when policy makers gather in Riga, Latvia. The euro climbed above $1.17 after Tuesday’s report.

“Next week, the Governing Council will have to assess whether progress so far has been sufficient to warrant a gradual unwinding of our net purchases. In making its assessment, it will consider the underlying strength of the euro area economy and the pass-through to wage and price formations,” said Praet in prepared remarks for a speech in Berlin.

Meanwhile, Weidmann said market expectations for the central bank to end quantitative easing this year are plausible, according to media reports[8]. ...