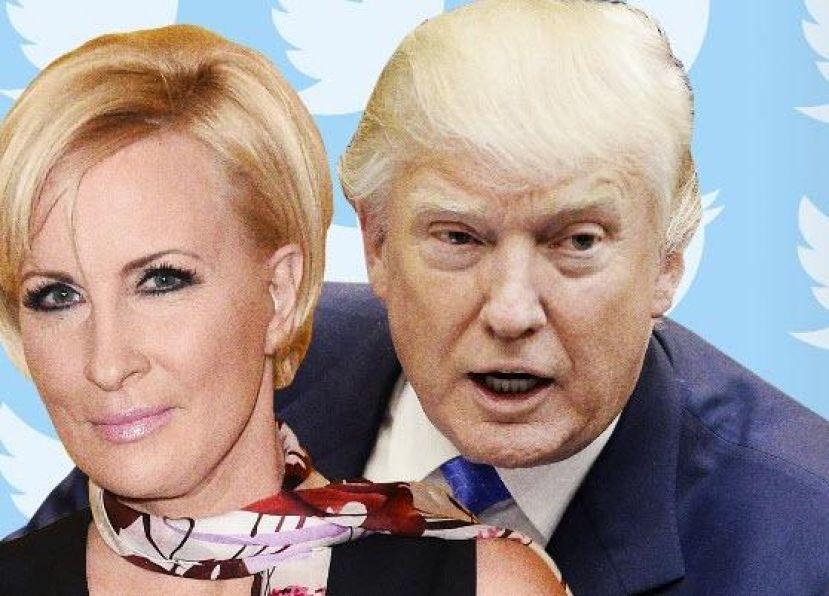 MSNBC host Mika Brzezinski - who has been in a vicious feud with Trump for most of his presidency - may have jumped the shark in the never-ever-ever-Trump-oh-wait-he's-President narrative.

During an appearance on "MSNBC Live with Stephanie Ruhle," Brzezinski cited "someone who spoke" to Trump about his life in the White House and made the following stunning charge:

Brzezinski did not back down when the shocked host began to laugh after her accusation, confirming:

Fwd to 6:00 for Brzezinski's big moment:

The feud had been re-sparked yesterday after Trump lashed out at the Fake News' treatment of his wife after surgery, prompting an angry response from Brzezinski (and co-host and fiance Joe Scarborough) lashing out at Trump over his remarks a year ago on Twitter that Brzezinski had shown up for a party on New Year's Eve at his Mar-a-Lago estate bleeding from a bad facelift.

As The Hill notes, Trump also referred to Brzezinski as "low I.Q. Crazy Mika" in the 2017 tweet, which some Republican lawmakers called "beneath the dignity" of the White House at the time....

Read 914 times
Tweet
Published in Economics
More in this category: « Turkey delivers another rate hike, sending currency soaring ‘Something lurking out there’ will upset the stock market, says Blackstone’s Wien »
back to top