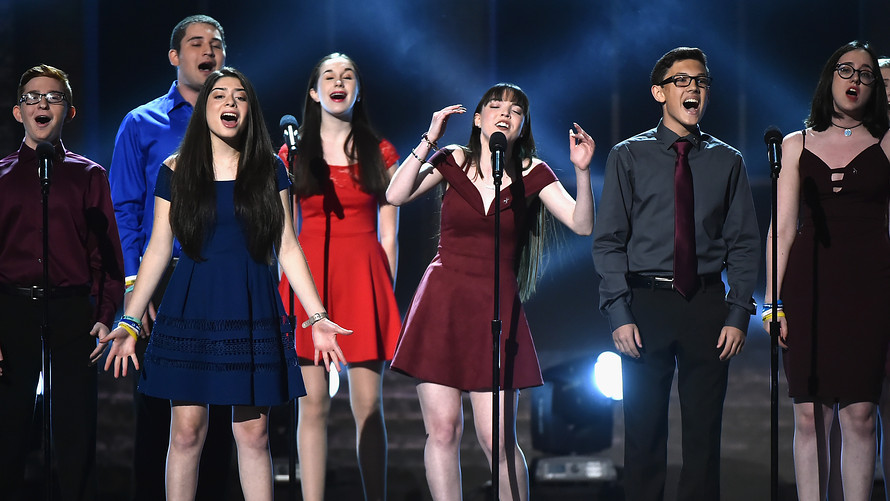 Few dry eyes remained in Radio City Music Hall as a group of teenagers who survived a February school shooting in Parkland, Fla., took to the Tony Awards stage to sing the musical-theater classic “Seasons of Love” from “Rent.”

Nearly five months after tragedy struck their school, drama students from Parkland, Florida, took to the Tony’s stage with an emotional rendition of “Seasons of Love.” https://t.co/sAwQVVlwZL pic.twitter.com/wJEEWaIACn[4][5]

Phenomenal night at the #TonyAwards for #StonemanDouglasEagles, @MrsHerzfeld wins special award, and kids from the #MSDdrama club sang that song from Rent that everyone knows and they killed it. @PrincipalMSD pic.twitter.com/OtFsUOZQIG[7][8][9][10][11][12]

The students from Marjory Stoneman Douglas High School were at the award show to honor their theater instructor, Melody Herzfeld, who was receiving the 2018 Excellence in Theatre Education Award. The award is given to a different theater educator each year. Herzfeld was given the award for her role in hiding 60 students in her drama class during the shooting, which killed 17 people and ignited a debate surrounding gun control in the U.S. Theater helped the students recover from the traumatic events in the months following the incident, Herzfeld said.

“It represents how much the arts and theatre can heal,” co-host Josh Groban said.

The students were introduced by Matthew Morrison, who previously played a theater teacher on the hit TV show “Glee.” Herzfeld used her speech to advocate for incorporating such classes into more regular school curricula.

“Imagine if arts were a core class in education,” she said. “We have all known the future of the world was about collaborative creativity, and here we are the future.”