Check out: Here’s why South Africa could become the next emerging-market carnage[1]

The stronger dollar and rising U.S. rates are breathing down the necks of emerging-market currencies across the board. But Turkey’s situation is different, as it holds one of the largest foreign currency debt balances. The monetary policy normalization in the U.S. is making Turkey’s debt more expensive. 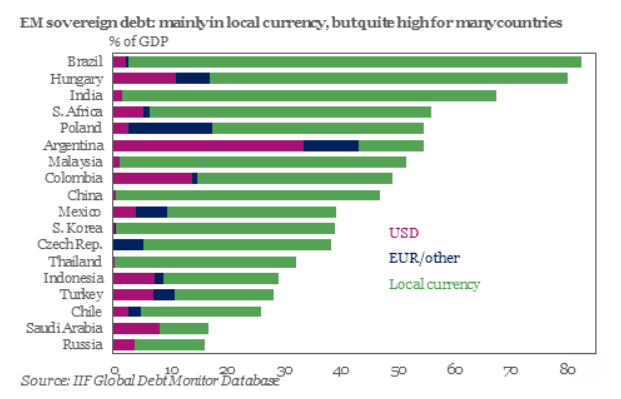 Since the beginning of the second quarter, the Central Bank of the Republic of Turkey has intervened three times, raising interest rates to help its ailing currency. It also simplified its operational framework and allowed for certain debt repayments in lira at a pre-set rate. It last upped its one-week repo auction rate to 17.75%[5] from 16.5% before on June 7.

Moreover, Turkey is going to the polls on June 24 to vote in a snap election that comes almost a year and a half ahead of the originally scheduled 2019 election. The vote will likely see a victory for President Recep Tayyip Erogan, who called the snap election in April in what was seen as a bid to cement his power.

Erdogan, who has been an outspoken critic of the central bank, recently said he would like to be more involved in monetary policy, causing market participants to worry about the CBRT’s independence from the government.

“A growing sense of anxiety over Turkey’s looming presidential and parliamentary elections next week has left the lira vulnerable to downside risks,” said Lukman Otunuga, research analyst at...