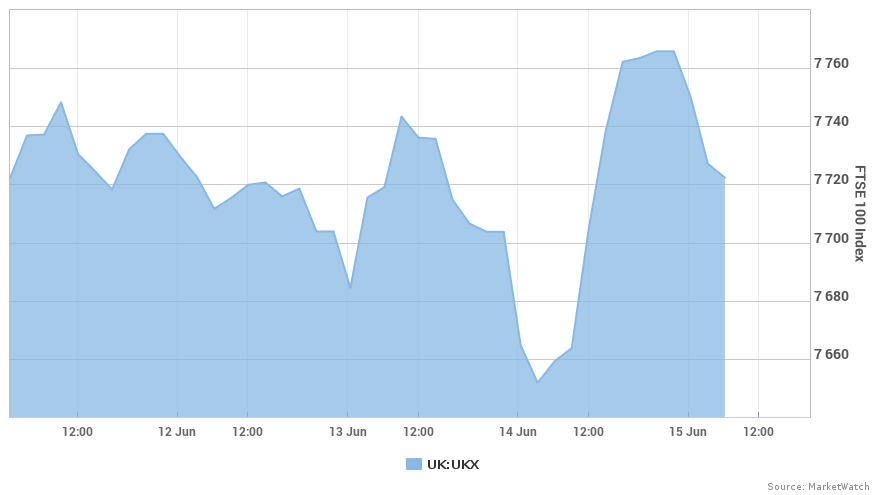 U.K. stocks fell Friday, pulling back from a nearly four-week high, with mining stocks knocked by worries about escalating tensions between the U.S. and China on trade issues.

How markets are performing

This week, the London benchmark was on course for a modest rise of 0.3%, enough to break a string of three weekly declines.

Equity losses picked up following a Reuters report that the U.S. government is nearly finished drawing up the list of a second wave of tariffs on Chinese goods[5], on $100 billion of products.

U.S. President Donald Trump late Thursday approved a first round of levies[6] on about $50 billion in Chinese goods, and details of the initial list are expected to be announced Friday. Beijing responded to Trump’s list approval by saying it will impose levies on $50 billion in U.S. products.

Mining stocks took a hit on concerns that a trade war will lead to lower demand for industrial and precious metals. China is the world’s largest buyer of copper. This week, mining stocks were dragged lower on concerns about economic growth in China after business activity slowed in May. [7]

The basic materials sector makes up more than 9% of the FTSE 100’s weighting, and mining stocks make up 87% of that sector, according to FactSet data.

What strategists are saying

“Despite the seemingly robust growth of the U.S. economy, investors...