The Internet Party One citizen... one vote... zero government interference.
updated 9:45 PM, Jan 20, 2021 UTC
Headlines:
Liz Cheney gets 2022 primary challenger after voting: Rep. Liz Cheney (R-Wyo.) will face a primary challenge in 2022 after voting last w
Hillary Clinton touts unity as she takes a swipe at : Hillary Clinton said Wednesday it mattered a "great deal" that President Biden was
: Avocado price drop drives down Mission Produce rev: Mission Produce beat expectations in its first earnings report after going public
Democrats torn on impeachment trial timing: Senate Democrats are torn on the timing of an impeachment trial for President Trum
Anomalies In The Capitol Melee: Anomalies In The Capitol Melee Authored by Jacob Hornberger via The Future of Fre
Teacher denies affair with teen student, claiming he: A married teacher accused of having sex with a 15-year-old student three times rep 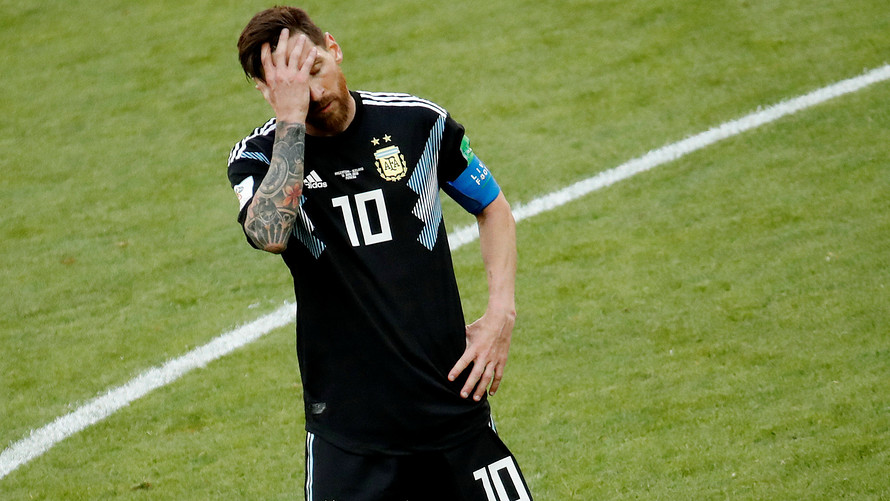 That’s how the play-by-play on the Fox FOX, +0.32%[1] telecast of Saturday’s group-stage World Cup match in Moscow between perennial soccer power Argentina, led by the legendary Lionel Messi, described the match’s shock outcome.

After Iceland responded to an early goal by Argentina’s Sergio Aguëo with a first-half goal of its own, by Alfreð Finnbogason, Messi missed a second-half penalty that would have given Argentina its second lead of the match and, likely, a narrow win.

The broadcast call was a conscious reference to a famous college-football showdown a half-century ago between Ivy League archrivals Harvard and Yale. Yale, like Argentina against Iceland on Saturday in the Russian capital, was considered a prohibitive favorite. When Harvard managed a tie, it was heralded as a virtual victory. A headline — and, decades later, a documentary title[2] — read: “Harvard Beats Yale 29-29.”

The Icelandic team, representing a nation whose total population barely exceeds 300,000 but which made great strides two summers ago toward elite status in world football by vastly outperforming expectations at the UEFA European Championship[4] tournament, celebrated on the field at Spartak Stadium long after the match.

On Twitter TWTR, -2.05%[5] some appreciated the on-air nod to sporting history, while others were left puzzled:

Read on: Watch these soccer players in the World Cup — and how they cash in afterward[11] ...

More in this category: « Manafort accused of foldering — but what is ‘foldering’? China Warns US Corporations: You Are About To Become Victims Of A Trade War »