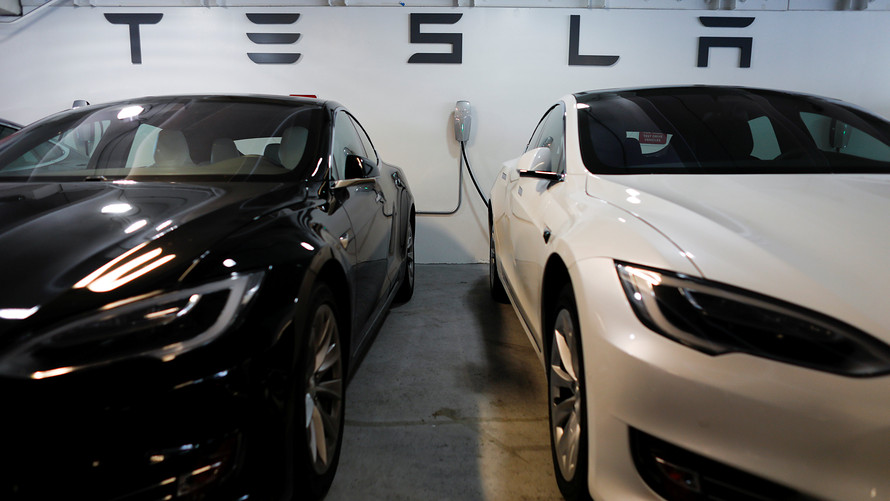 Elon Musk showed off Tesla Inc.’s newest production line in a weekend tweet as the electric-car company pushes toward its goal of making 5,000 Model 3 cars a week by the end of June.

The new production line is the third at Tesla’s Fremont, Calif., facility, and apparently was built in just three weeks in a tent-like structure next to the factory.

The new line is apparently rolling out dual-motor, high-performance Model 3s, a new version for $78,000 that the Tesla chief executive announced less than a month ago[3].

On Friday, Musk reportedly sent an email to staff congratulating them on their efforts, but said “radical improvements” still need to be made to reach their production goal. “All parts of the Model 3 production system are now above 500 [cars per day] and some are almost at 700 cars already,” Musk said in the email, which was obtained by CNBC[4].

Last Tuesday, Musk announced that Tesla would lay off about 9% of its workforce[5], though he said production jobs would not be affected. Over the next two days, Musk bought about $25 million in Tesla stock, according to an SEC filing[6].

After the layoffs, analysts at Consumer Edge said [7]Model 3 production “is still the primary driver of upside to expectations and shares in 2018.”

Read 1406 times
Tweet
Published in Economics
More in this category: « Deutsche: "This Is The Most Dangerous Development The Fed Wants To Avoid" Are China's "Drone Swarms" The Military Weapon Of The Future? »
back to top