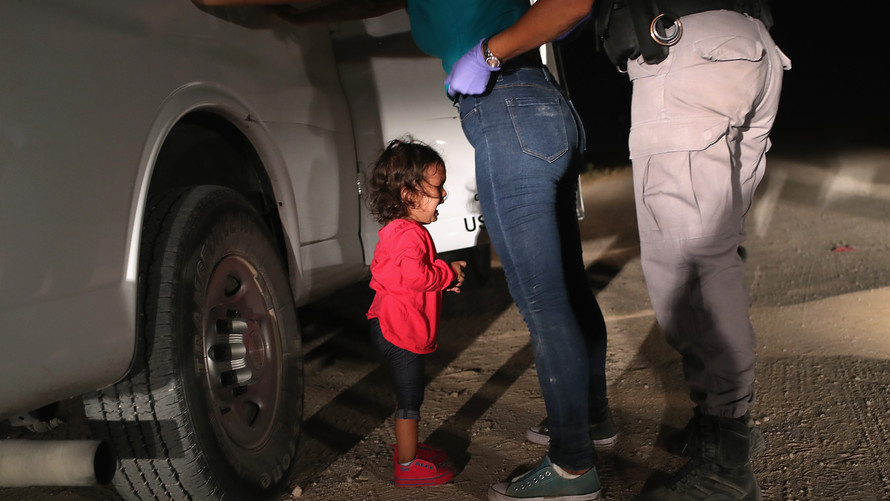 Heartbreaking audio from inside a Border Patrol facility captures kids crying for their moms and dads after they were separated from their parents — while an agent callously makes jokes.

“Well, we have an orchestra here,” the Border Patrol agent says in Spanish in the recording posted by Pro Publica on Monday[1].

“What’s missing is a conductor.”

Pro Publica did not disclose exactly what facility the audio comes from, but says it is of 10 Central American kids aged between 4 and 10 years old and was recorded last week, about a day after the separation.

The kids wail “Mami” and “Papa,” while one 6-year-old Salvadoran girl named Alison Madrid begs for someone to call her aunt and recites the phone number, according to Pro Publica.

“My mommy says that I’ll go with my aunt, and that she’ll come to pick me up there as quickly as possible,” she tells a consular official.

The outlet called the number and spoke with the aunt, who said they did speak but there is nothing she can do to help the little girl because she and her 9-year-old daughter are seeking asylum in the US and she’s worried it would put their own case in jeopardy.

“It was the hardest moment in my life,” she said. “Imagine getting a call from your 6-year-old niece. She’s crying and begging me to go get her. She says, ‘I promise I’ll behave, but please get me out of here. I’m all alone.’”

Madrid is now in a shelter but hasn’t been able to speak with her mother, who is in a Texas detention center, and has been warned her mom might be deported without her, the aunt told Pro Publica.

This report previously appeared at NYPost.com.[3] ...

Read 529 times
Tweet
Published in Economics
More in this category: « Ron Paul Asks "Why Can't We Sue The TSA For Assault?" Senate: Two-Tiered Justice System In FBI Clinton/Trump Investigations »
back to top