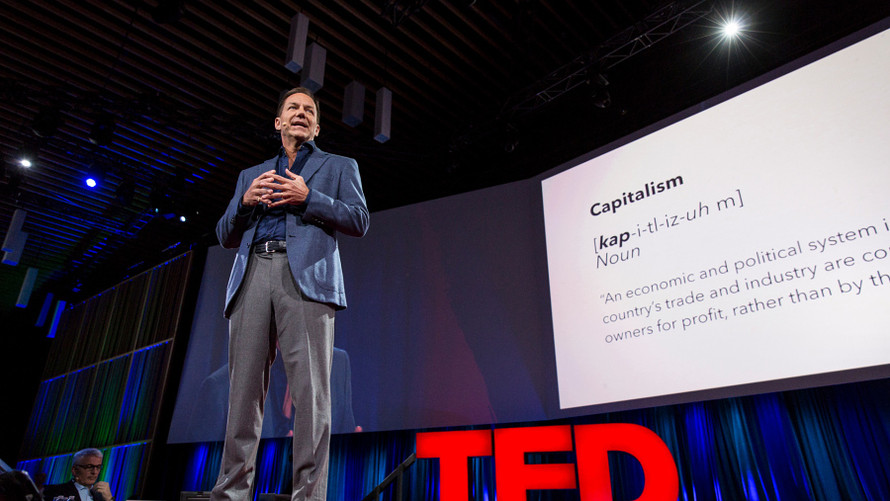 Paul Tudor Jones, a hedge-fund luminary, on Monday said the next economic downturn confronted by the U.S. could be an ugly one.

“The next recession is really frightening because we don’t have any stabilizers,” he said, speaking at an event sponsored by Goldman Sachs GS, -1.39%[1]  and hosted by its CEO Lloyd Blankfein called “Talk at GS[2].”

“We’ll have monetary policy, which will exhaust really quickly, but we don’t have any fiscal stabilizers,” Jones said.

The billionaire investor said the dynamic created by the Federal Reserve, as it attempts to normalize interest-rate policy from the 2007-‘09 financial crisis, is unsustainable, referring to valuations for stocks that many on Wall Street view as pricey.

Jones’s comments come after he told CNBC last week that stock market and bond yields are set for a ‘crazy’ rise[3].

“I think you’ll see rates go up and stocks go up in tandem at the end of the year,” Jones said last Tuesday. He made the case that real rates remain historically low and that rising bond yields, which move inversely to bond prices, won’t deter investors from scooping up stocks.

That is conducive to equities being “jacked up and ready to go,” he said during his interview with Blankfein on Monday.

On Tuesday, the Dow Jones Industrial Average DJIA, -1.15%[4] was most recently down 287 points, or 1.2%, at 24,698, wiping out all the blue-chip benchmark’s 2018 gains as heightened concerns about trade tensions between China and the U.S. roiled global markets[5].

Jones is widely credited with predicting, and profiting, from the stock-market crash on Oct. 19, 1987, which saw the Dow lose nearly 23% of its value, marking the largest one-day percentage decline for the blue-chip benchmark in its history. Jones founded Tudor in 1980 and became known for trading everything from currencies to commodities. His record has featured middling returns and an exodus of billions from his hedge fund in more recent years. According to a Forbes list of billionaires[8], Jones boasts a net worth of $4.7 billion