The American Medical Association, the nation’s most prominent doctors group, will study the effect that growing investments by corporate parties — including venture-capital and private-equity firms — have on physician practices, reflecting a growing concern among doctors regarding the trend.

The study will look at a variety of issues, including how widespread the trend is, how much has been invested and the effect it has had on how doctors practice, according to documents obtained by MarketWatch.

MarketWatch reported earlier this month that equity and venture groups increasingly see medical practices as a lucrative investment, buying them up, rapidly expanding them and then, often, re-selling them. Critics worry about a bubble, and that lesser-trained providers are encouraged to carry out tasks that they aren’t well-trained for.
[1]

Powerful consolidating forces have been reshaping the health-care industry, and medical practices have become an increasingly attractive target for private-equity and venture-capital firms, hospital systems and health-insurance companies.

But doctors, especially those in specialties most affected by the trend, fear that the shift is having serious consequences, and especially that investors’ focus on profit is coming at the expense of patient care.

Read: Medical practices are a hot investment — what does that mean for profit vs. patient care?[2]

Though industry groups like the American Academy of Dermatology have been pressured to address the controversy, the latest AMA development shows that these concerns have reached the field more broadly, and at its highest levels.

“Profit is important, but we want to make sure what’s done in the patient’s best interest is decided by a physician and not others who don’t understand other nuances [of patient care],” said Dr. Sherif Zaafran, an alternate delegate who voted in favor of the resolution. “As this is becoming much more prevalent, what are safeguards we can put in place to make sure physician autonomy and clinical decision-making processes with regard to their patients are safeguarded?”

Though the study does speak to worries among physicians, “I don’t think there’s an attempt here to label corporate investment as good or bad,” he said. Zaafran, a practicing anesthesiologist, is also president of the Southwest division of U.S. Anesthesia Partners, which is backed by the private-equity and venture-capital firms Welsh, Carson, Anderson & Stowe; Berkshire Partners; and GIC. 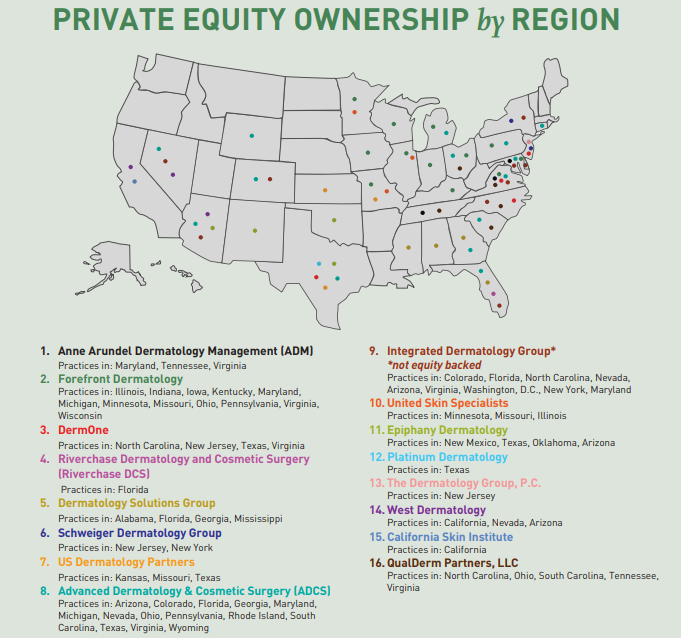 Dermatology World
Private-equity investment is perhaps most common in dermatology. Just one group had invested in the space in 2011, growing to 13 groups last year, according to Dermatology World, an American Academy of Dermatology publication.

From the archives: In aftermath of Orlando shooting, American Medical Association takes a stand[3]

A resolution spelling out the move got the go-ahead on June 11, during an annual meeting in Chicago of the AMA’s policy-making body, the House of Delegates, though the...

Read 453 times
Tweet
Published in Economics
More in this category: « Big-Tech Blasts Higher As Dow Slumps To Worst Losing Streak In 15 Months Stunning Video Shows Global Migration Flows Into The US »
back to top