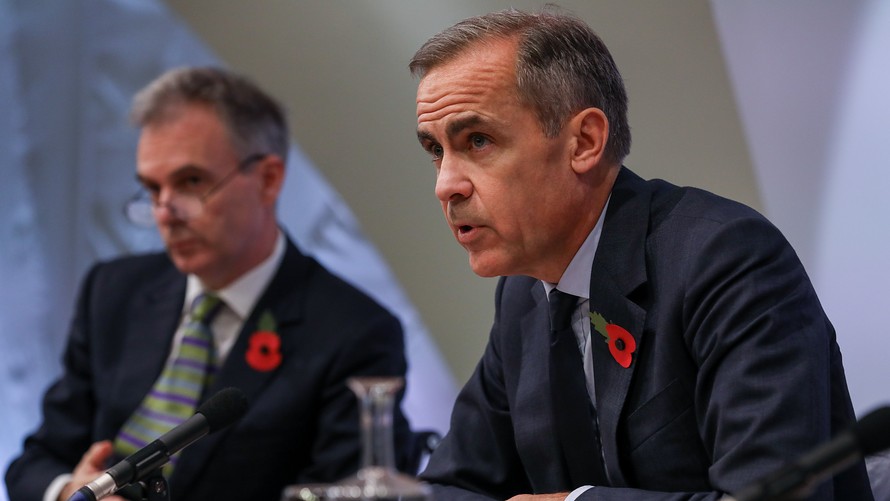 The dollar marched higher on Thursday with its key index trading at an 11-month high as investors digested the latest round of central banker comments.

The ICE U.S. Dollar Index DXY, +0.37%[1]  jumped 0.4% to 95.456 to around its highest level since July last year. The index also rallied earlier this week when an escalation in the U.S.-China trade spat sent traders flocking to safe havens, including the greenback.

Richard Perry, market analyst at Hantec Markets, said Thursday’s advance for the dollar came after comments from major central bank bosses earlier this week fleshed out how hawkish the Federal Reserve is compared to the European Central Bank and the Bank of Japan.

“At the ECB central bankers forum in Sintra, Portugal, the Fed chair, Jerome Powell, did little to tell us anything new, but reinforced the view that the case for raising rates in the U.S. was ‘strong,’” Perry said in a note.

“Contrast this with Mario Draghi and his ‘patient, prudent and persistent’ line of the path for the ECB. Governor Kuroda of the Bank of Japan was his usual dovish self, whilst Philip Lowe of the Reserve Bank of Australia remains cautious on inflation. Powell and the Fed remain the only real hawks in town,” he added.

“With a rate hike almost entirely priced out, it would come as a major shock if the central bank decided to pull the trigger, something I expect would send the pound sharply higher,” said Craig Erlam, senior market analyst at Oanda, in a note.

“Assuming this doesn’t happen, traders will be looking...

Read 456 times
Tweet
Published in Economics
More in this category: « Do You Have A Cryptocurrency Addiction? This British Hospital Has A Treatment Just For You Cable Surges As Hawkish BOE Keeps Rates Unchanged, Haldane Dissent Surprises Markets »
back to top