The Internet Party One citizen... one vote... zero government interference.
updated 10:52 PM, Nov 23, 2020 UTC
Headlines:
Michigan board certifies Biden's victory in the stat: The Michigan Board of State Canvassers certified the state's election results on M
Democrats face increasing pressure to back smaller C: Democratic leaders on Capitol Hill are facing increasing pressure — both interna
Lauren Boebert, gun-toting congresswoman-elect, may : WASHINGTON (AP) — A firearms-toting congresswoman-elect who owns a gun-themed re
: Boris Johnson announces cautious Christmas easing : U.K. PM Boris Johnson said that the one-month lockdown in England will be replaced
Murkowski calls on Trump to begin transition process: GOP Sen. Lisa Murkowski (Alaska) called on President Trump to begin the transition
'It Will Never Be Licensed In The US' - Analyst Warn: 'It Will Never Be Licensed In The US' - Analyst Warns AstraZeneca Vaccine Efficacy 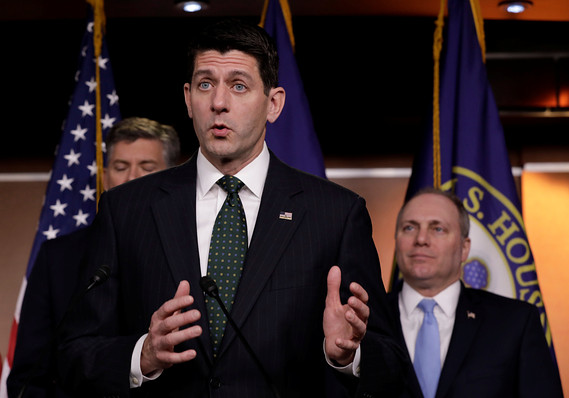 A House immigration bill negotiated by Republicans appeared to be on the brink of failure ahead of a planned Thursday vote after Speaker Paul Ryan and a top conservative leader engaged in an unusually heated floor confrontation Wednesday, the Washington Post reports.

The Post said Rep. Mark Meadows, a North Carolina Republican, argued with Ryan in plain view of lawmakers, aides and reporters during a Wednesday afternoon vote. Speaking to reporters afterward, Meadows accused Ryan and other House leaders of agreeing to a deal on what would be contained in compromise legislation only to leave key provisions out of the final text[1], the Post said. The compromise bill offers dreamers a path to citizenship along with funding for a border wall and other GOP immigration priorities. The Post said a Ryan spokeswoman didn’t return messages seeking comment. Meadows is the chairman of the House Freedom Caucus.

Putin meeting planned: CNN reports President Donald Trump and Russian President Vladimir Putin are planning to meet around the time of Trump’s trip to the U.K. and the NATO summit in mid-July. One diplomatic official told CNN that the Trump administration wants the meeting in Washington, but Moscow has insisted on neutral ground. The official added that Vienna is the likely location. No official announcements have been made, CNN said.

Also read: Trump’s intelligence director lashes out at Putin even as his boss wants Russia back in G-7[3].

“First of all, we came to a wonderful agreement, it’s a shame the fake news covers it the way they do,” Trump told Mike Huckabee on the former Arkansas governor’s TBN show. “It’s almost treasonous, you want to know the truth.” Read more from the Hill[4]. Trump has repeatedly attacked the media for reporting “fake news,” and has been criticized[5] for accusing Democrats of “treasonous” behavior when they didn’t applaud his achievements during his State of the Union address.

Reed tapped for Ex-Im: Trump tapped Kimberly Reed[6], a former Treasury official and president of the International Food Information Council Foundation, to be president of the Export -Import Bank. Politico said House Financial Services Committee Chairman Jeb Hensarling is against the pick. “I’m disappointed that a key reformer like Scott Garrett did not become chairman. At this point, without statutory reforms, nominating any one else to chair Ex-Im is simply filling the swamp, not draining it,”...

More in this category: « California Cops Reject Bill That Would Limit Use Of Lethal Force Benjamin Netanyahu's Wife Indicted On Fraud In "Prepared Food Affair" »