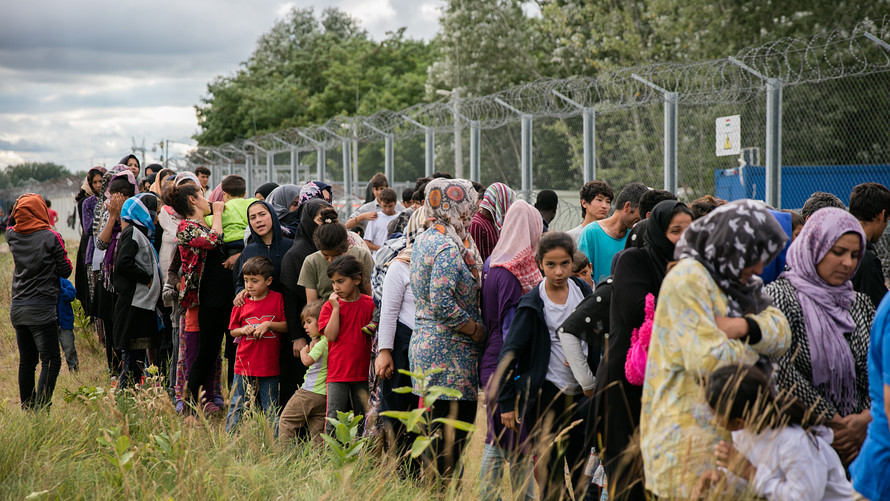 President Donald Trump has taken a hard line on immigration, recently telling reporters that Democrats want immigrants[1] to “infest” the country and asserting that migrants in Germany[2] lead to an increase in crime.

In reality, the effects of immigration are largely beneficial for cities -- at least economically, according to a new study of more than 30 years of data from French government research organization the Centre National de la Recherche Scientifique[3] (CNRS), Clermont-Auvergne University and Paris-Nanterre University.

Researchers examined the arrival of asylum seekers in European Union countries between 1985 and 2015 when the countries saw a boost in traffic due to the Yugoslav Wars between 1991 and 1999. They found a link between an increase in immigrants who become permanent residents with a series of positive effects up to four years after the date, including an increase in gross domestic product, a decrease in the unemployment rate, and increased tax revenues.

“Our results suggest that the alleged migrant crisis currently experienced by Europe is not likely to provoke an economic crisis, but might rather be an economic opportunity,” the researchers said.

This comes after research in the U.S. by the Pew Research Center, a nonprofit think tank in Washington, D.C., which concluded that immigrants are needed to continue to drive growth[4] in the workforce.

“The most important component of the growth in the working-age population over the next two decades will be the arrival of future immigrants,” that report concluded.

Another 2016 study from the National Academies of Sciences, Engineering and Medicine in Washington, D.C. also found little evidence to support the idea that immigration has a significant effect[5] on the employment prospects of people born in the U.S.

Still, the idea that immigration is bad for the U.S. persists. President Trump said in 2016 that illegal immigration costs the U.S. $113 billion per year, and it is widely thought by those who oppose immigration that an influx of people into the U.S.[6] puts a strain on government resources and increases competition for jobs.

The number Trump cited may come from the Federation for American Immigration Reform (FAIR), a group advocating for reduced immigration, which released the same number. That figure includes costs from education, medical treatment, and other public expenditures spent on people here illegally.

Independent analyses have called figures from FAIR into question, saying they are incomplete and based on assumptions rather than data, according to Politifact, a website that rates the accuracy of claims by elected officials and political figures.

Researchers from the CNRS, Clermont-Auvergne University, and Paris-Nanterre University acknowledge in the study that immigration is a complex and multifaceted issue.

“We do not deny that large flows of asylum seekers into Europe pose many political challenges both within host countries and with respect to the European coordination of national policies,” they said....

Read 685 times
Tweet
Published in Economics
More in this category: « Paul Craig Roberts: "The Entire Western World Lives In Cognitive Dissonance" The United States Is Pushing Toward War With China »
back to top