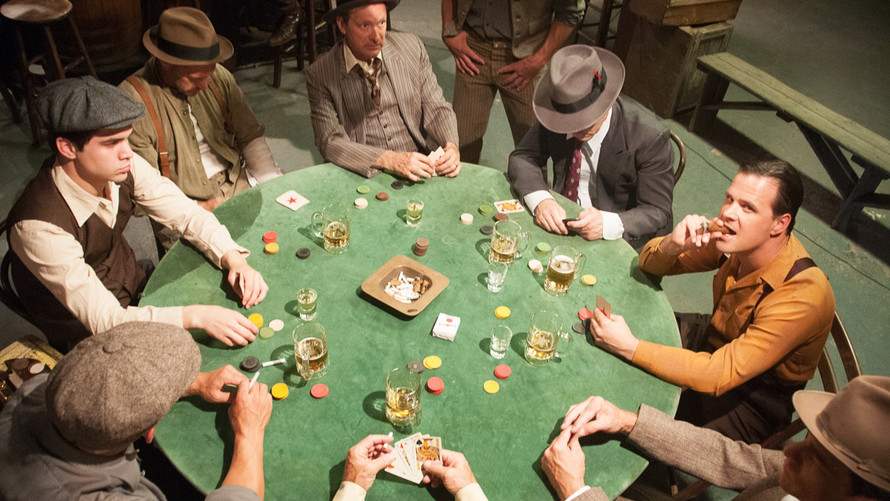 Keeping a “poker face” can win you lots of money in business, as well as in the casino.

Making smart decisions in high-stakes environments has a lot to do with not giving away your own information while learning as much as possible about your opponent, a study released this week by University of California-Davis found.

The findings are timely: thousands of poker players are descending this month on Las Vegas for the World Series of Poker.

The study, “Cognitive information encryption in the expert management of strategic uncertainty,” examined how more than 35,000 people interacted during poker games online over a three-week period. Researchers found the most successful players based their plays on a combination of information gleaned from the cards they were holding as well as how their opponent behaved.

Successful poker players are constantly negotiating how much information to give up about themselves as well as how much they can gather about opponents, according to Seth Frey, a co-author of the study and assistant professor of communication at the University of California-Davis.

(The study was co-authored by Frey, Dominic Albino, a former professional poker player and currently professor of economics at the University of Connecticut, and Paul Williams, visiting assistant professor at the Cognitive Science Program at Indiana University.)

The study examined the no-limit Texas Hold’em variant of poker because it features bluffing, or strategically misinforming one another about what cards they hold, as a central aspect of play. A player with a good hand of cards may purposely throw off opponents by betting small amounts, for example, while one with a bad hand may bet large amounts to signal a strong hand.

“People think poker players have a sixth sense or innate ability to detect people’s bluffs, but really it is just a combination of processing information to make better decisions,” said Greg Dinkin, author of “The Poker MBA.”

Only 10% to 15% of poker players are profitable, according to the study. Still, the results of this study can be applied to a number of situations beyond the poker table, and offer “a detailed account of how experts extract, process, and conceal valuable information in high-uncertainty, high-stakes competitive environments,” the report said.

Here are other financial lessons poker has to offer:

Don’t be afraid of uncertainty

The main reason star poker players succeed, on and off the table, is because they accept not knowing the other player’s hand, according to Annie Duke, a former professional poker player[2] and author of “Thinking In Bets: Making Smarter Decisions When You Don’t Have All the Facts.”

Duke was once the leading woman poker winner in history and won $2 million at the World Series of Poker Tournament of Champions in 2004. (She was...

More in this category: « How oil prices will affect your summer road trip The 'Murder' Of Julian Assange »