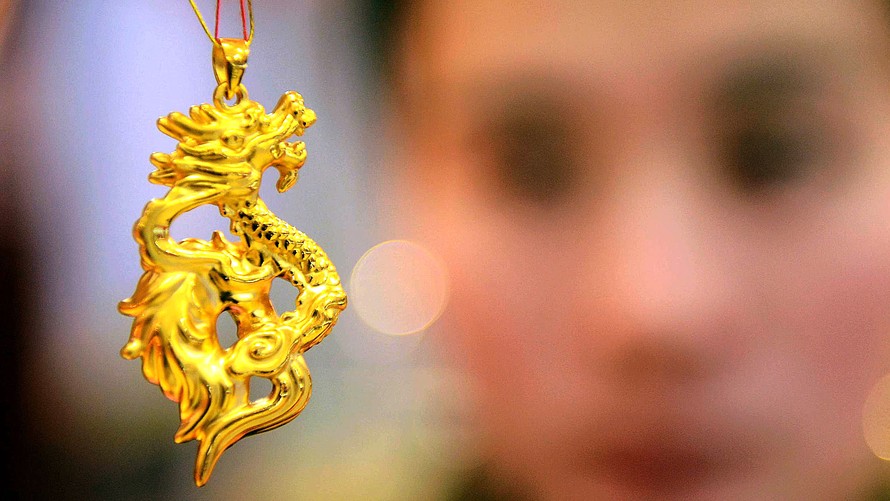 Gold futures traded lower Monday, with the precious metal looking to mark another low year to date, even as the U.S. dollar, strong throughout the month, weakened against its currency rivals.

A fresh round of global trade friction was again driving financial market sentiment to start a new week, although the issue has had a subdued impact in supporting haven gold.

Read: Death cross appears in gold for first time since 2016, even as stock market slumps[3]

The “near-term path of least resistance is still lower for gold, but a spike in volatility due to trade concerns could easily see futures run back towards $1,300,” said Tyler Richey, co-editor of the Sevens Report.

The 10-year Treasury note TMUBMUSD10Y, -0.66%[6] often used as a financial benchmark whose yield typically moves opposite of gold, has climbed since the start of June and trades lately just below 2.90%. As for stocks, the Dow DJIA, -1.47%[7] marked its biggest weekly decline since March 23 through Friday and traded lower on Monday[8].

Higher rates and a stronger dollar are headwinds for commodities because they don’t offer a yield and a strengthening buck tends to weigh on assets priced in the currency, making them more expensive for purchasers using other monetary units. Stock weakness can prove supportive for the perceived haven status of gold, but the two assets were bucking their usual relationship.

But gold’s current downdraft comes as the precious metal hasn’t...

More in this category: « Yes, commuters can still save money under the new tax law "No More Turning The Other Cheek": Chinese President Vows He'll Strike Back At The U.S. »