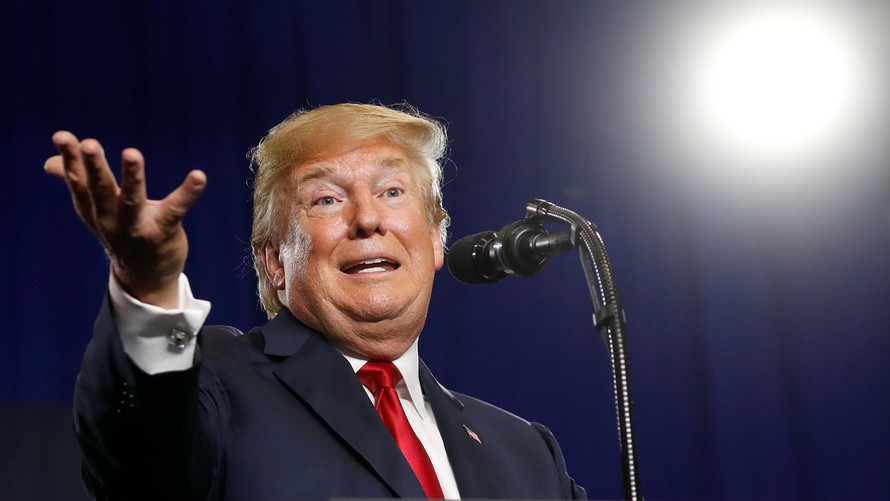 Speaking at a campaign rally in South Carolina for Gov. Henry McMaster on Monday night, Trump bashed a trio of late-night talk-show hosts who often joke about him as talentless and unfunny. Trump has repeatedly called “SNL” unfunny, especially Alec Baldwin’s portrayal of him in sketches.

Trump insulted Jimmy Fallon, host of NBC’s CMCSA, -2.04%[1]   “Tonight Show,” in a tweet Sunday[2], calling him “whimpering” and saying “Be a man Jimmy!” The taunts continued Monday, with Trump calling him a “nice guy” who “looks like a lost soul.”

Fallon recently said in an interview [3]he regretted tussling Trump’s hair during an appearance on his show in 2016, which critics claimed “normalized” Trump. Fallon’s ratings have plunged since.

“Jimmy Fallon apologized. He apologized for humanizing me,” Trump said Monday at the rally. “The poor guy. . . . Now he’s going to lose all of us.”

Trump also used the opportunity to defend his hair, saying the Fallon hair-rub, along with appearances in inclement weather[4], have proved it’s real. “He [Fallon] was so disappointed to find out it was real, he couldn’t believe it,” Trump said. “That’s one of the great things I’ve got. Everyone used to say my hair is phony, you’re wearing a hairpiece. But they never say that anymore.”

Trump then shifted to Stephen Colbert, host of “The Late Show” on CBS CBS, -0.81%[7]  , though he did not refer to the Peabody and Emmy-award winner — and frequent Trump critic — by name. “The guy at CBS, what a lowlife, what a lowlife,” Trump said of the South Carolina native. “This guy on CBS has no talent.”

Finally, Trump mocked Jimmy Kimmel, host of ABC’s DIS, -1.78%[8]   “Jimmy Kimmel Live” for respectfully opening the door for him during a number of appearances before Trump’s presidential run.

Kimmel has been an outspoken critic of Trump’s attempt to repeal the Affordable Care Act[9], as well as last year’s tax cuts[10]....

Read 807 times
Tweet
Published in Economics
More in this category: « China Blocks HBO After John Oliver Compares Xi To Pooh Ron Paul Rewind: The Constitution and Its Rejection By The US Government »
back to top