Bitcoin’s plunge means one thing: calls for rallies to $25,000 by year-end are fading—fast 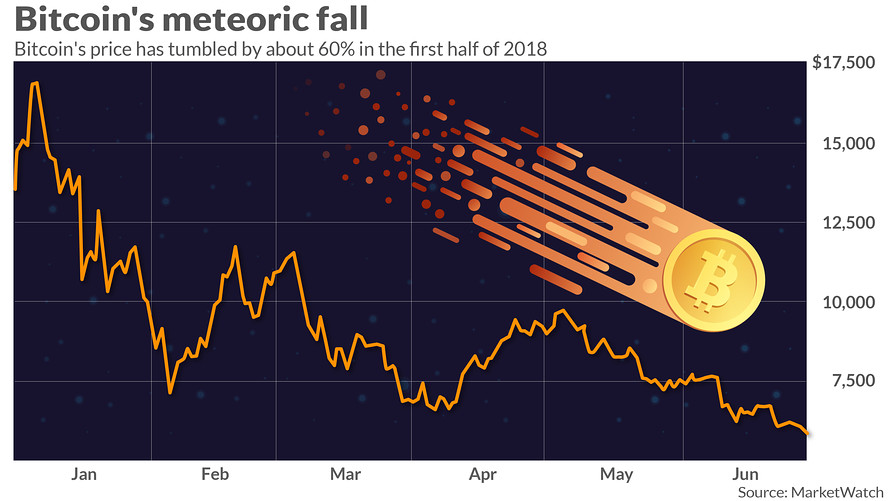 Bitcoin prices have carved out a fresh near-term nadir, extending a downtrend that has taken hold of the world’s No. 1 virtual currency since a recent peak in May peak and raising doubts about bullish forecast for the virtual currency.

Just a few weeks ago, one of the staunchest and more vocal bitcoin proponents, Tom Lee of Fundstrat Global Advisors, reiterated a prediction that the asset would end the year around $25,000 during a Bloomberg interview [4](paywall). Bitcoin Foundation‘s Llew Claasen back in February said bitcoin would touch $40,000 by the end of this year, in a Business Insider[5] interview (paywall).

However, the digital asset’s current dismal trading action makes those lofty prognostications for a finish at new records above $20,000 and beyond questionable.

“I can’t base my analysis on anything other than technicals and right now the charts are looking very bearish. Therefore, as things stand, I have no reason to expect bitcoin to go to those crazy levels again,” said Fawad Razaqzada, technical analyst at Forex.com.

Robert Sluymer, technical strategist at Fundstrat Global Advisors, and a colleague of Lee’s concurs with Razaqzada.

“You have what is happening and what could happen and I think if you are using technical [analysis]—and you have to be very truthful about what is happening—then we have a downturn in place,” he said.

“From my perspective price is news and [bitcoin] needs to show evidence of turning to reinstate bullish calls,” said Sluymer, referring to the asset’s breach below levels of around $7,000 a few weeks ago.

Is that possible? Sure.