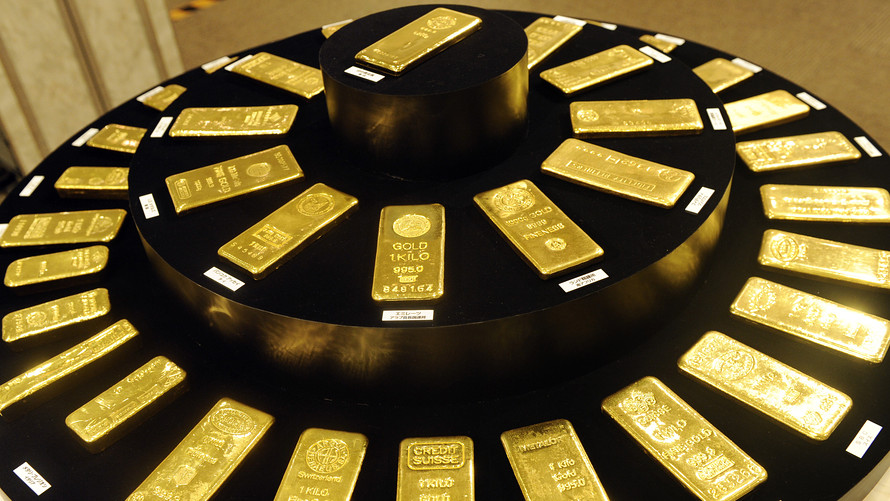 Gold prices inched higher Thursday, finding some support a day after a fresh round of global trade-war worries buoyed the dollar and sent the yellow metal to a more than one-week low.

In recent weeks, the dollar has been the most significant influence for bullion, market participants say. The ICE U.S. Dollar Index DXY, +0.10%[3] a measure of the buck against a half-dozen monetary units, climbed by less than 0.1% Wednesday, though it was on pace for a weekly rise of around 0.8%.

A stronger dollar can make assets linked to the currency relatively more expensive to buyers using other monetary units.

Still, the dollar index traded off the session’s highs in the wake of Thursday’s U.S. economic data. Consumer prices rose[4] in June at the highest yearly rate since 2012, while weekly jobless claims[5] fell by 18,000 to 214,000, moving toward the lowest levels in almost 50 years.

“The U.S. economic data brought weakness in the dollar index and this has helped the gold price,” said Naeem Aslam, chief market analyst at Think Markets. “Moreover, we do believe that trade tension (to some extent) is also providing some momentum for gold.”

An escalation of tensions between the U.S. and its trading partners across the globe was widely viewed as jolting higher the buck, which has been seen as least vulnerable to the negative impact of tariff disputes. President Donald Trump has proposed 10% tariffs on $200 billion in Chinese imports, coming a week after the global superpowers placed equal tariffs of 25% on some $34 billion one another’s imports. The move is seen as deepening the rift with Beijing and sending a message to other trading partners that the U.S. won’t back down in a trade fight.

Against a backdrop of a mostly rising dollar, gold has assumed a bearish trend lower[6], market watchers say.