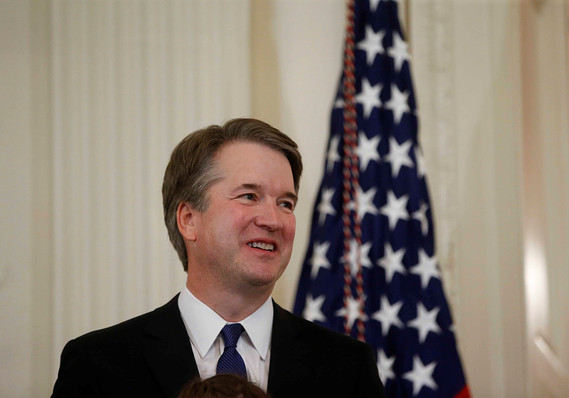 Reuters
Rich in mind if not finances: Brett Kavanaugh

Brett Kavanaugh may be a “brilliant” jurist, according to the person who’s nominating him to the Supreme Court, but his finances are actually pretty mundane.

At least six — and perhaps as many as all eight — U.S. Supreme Court justices are worth at least $1 million, according to the Center for Public Integrity. Not Kavanaugh, who has been nominated by President Donald Trump to the Supreme Court.

He has fully paid off a loan from a thrift savings plan, as well as a credit-card account from Chase JPM, -0.46%[4]  that appeared in a previous disclosure plan. The Washington Post reported that he used the credit card to buy Washington Nationals tickets for himself and friends[5] as well as make home improvements.

Not every Supreme Court justice has such a bland portfolio. According to watchdog group Fix The Court, Chief Justice John Roberts and Justices Stephen Breyer and Samuel Alito owned shares in 44 companies at the end of 2017. The justices also make money from teaching and book royalties.

None of the justices are required to disclose what’s often their most valuable asset, their home. The Washington Post reported that Kavanaugh and his wife bought a house in 2006 for $1.2 million, have refinanced it twice, and now have a mortgage of $865,000.

When the 53-year-old steps down, he’ll be eligible for a hefty pension of his highest full salary, as long as he meets minimum service requirements (it’s a formula that, in Kavanaugh’s case, would require him to serve at least until he’s 68.)

Opinion: Brett Kavanaugh has saved almost nothing — so does he actually understand business?[8]...