The Internet Party One citizen... one vote... zero government interference.
updated 6:35 PM, Oct 31, 2020 UTC
Headlines:
Economic Preview: Next week will be full of key U.S.: All of the focus is on the outcome of the president election, but several key econ
Chris Wallace: Democrats 'would need a blue wave' to: Fox News's Chris Wallace said the Democratic Party “would need a blue wave” on
All Synagogues & Jewish Schools In Nice Closed On F: All Synagogues & Jewish Schools In Nice Closed On Fears Of Islamic Terror Attacks
Podcast: How hospitals are prepping for the latest C: Coronavirus cases and hospitalizations are surging, particularly in areas that had
Georgia Republican Drew Ferguson tests positive for : Rep. Drew Ferguson (R-Ga.) announced that he tested positive for COVID-19 on Frida
Joe Biden in Iowa: Farmers hurt by Donald Trump's 'w: Democratic presidential nominee Joseph R. Biden on Friday made his first return tr 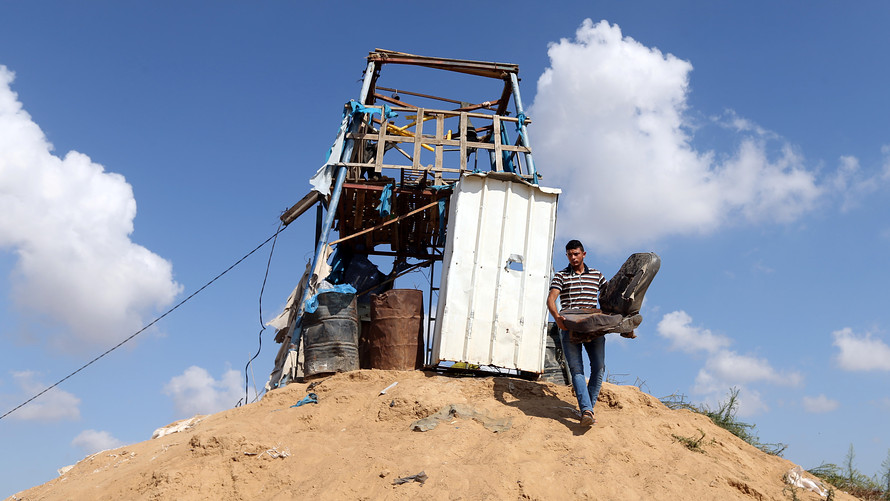 TEL AVIV — Hamas on Saturday said it has agreed to a cease fire with Israel in the Gaza Strip, a day after an Israeli soldier and three Hamas members were killed in violent clashes on the border.

The truce comes after Israel carried out a wide-scale attack on militant targets inside the Gaza Strip late on Friday, and will ease immediate concerns of an escalation of the conflict.

Fawzi Barhoum, a Hamas spokesman, said that Egypt and the United Nations had brokered an agreement “to restore the previous calm atmosphere.”

Israel’s military declined to comment, but it has previously said that it would only respond with military force if it’s attacked. This is the second such cease fire in recent days and comes after some of the most intense fighting since the 2014 war.

Israel said it wants Hamas, the militant group that rules the Gaza Strip, to stop launching flaming kites and balloons from the Palestinian territory as well as cease rocket and mortar fire and weekly violent protests at the border.

The Israeli soldier killed on Friday[1] was the first to die in combat with Gaza since the 2014 war, Israel’s military said.