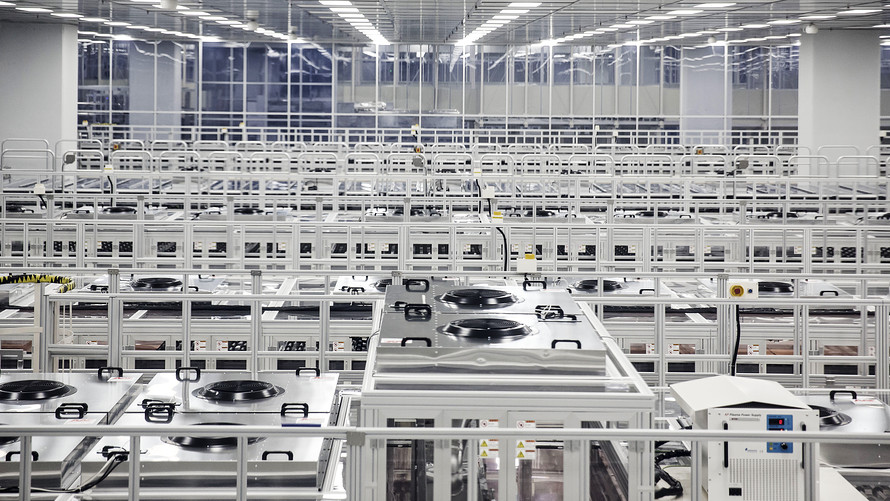 CHENGDU, China — China’s campaign to become a global power in advanced manufacturing is playing out at a high-tech factory in the Sichuan province, where engineers are aiming to supply display screens for Apple Inc.’s top-tier iPhones.

BOE Technology Group Co. 000725, +1.72%[1]   plants already make display screens for Apple’s iPads and MacBook computers, and the company is also the world’s top producer of large liquid crystal screens. Now it is seeking to supply Apple AAPL, -0.23%[2]   with advanced organic light-emitting diode, or OLED, smartphone screens, according to people familiar with the plans.

If it succeeds, BOE will not only prove its manufacturing prowess with a technically challenging product, but also will score a big win for China in its race to catch up to South Korea and Japan in advanced display-screen manufacturing.

“Many years ago, people were saying that no, the China guys can’t do it. But I think BOE makes a good example,” said David Hsieh, senior director of display research at IHS Markit, a data-analytics company. BOE, hardly a household name in the U.S., has advanced quickly in the display industry. It became the No. 1 supplier of large LCD screens last year, up from No. 5 in 2014, according to IHS Markit. It is the only Chinese display company that supplies Apple, which is notoriously finicky in its demands for top-quality components.

Woman who lost 9 relatives in boating accident struggles with why she survived.[4]

Read 910 times
Tweet
Published in Economics
More in this category: « "Highly Unstable Equilibrium": Why One CIO Expects China Will Crash The Market "To Restore Balance" Goldilocks On The Rocks: Why Next Week's GDP Will Be "The Last Best Print" »
back to top