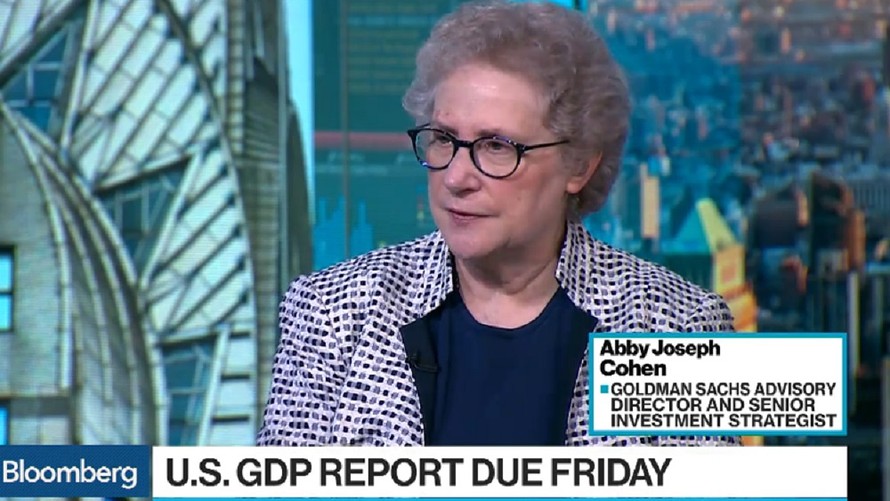 Goldman Sachs GS, +1.16%[1]  strategist Abby Joseph Cohen, who long ago emerged as the bullish face of the go-go days of the 1990s, was decidedly less bullish on stocks in a Bloomberg interview Tuesday.

‘Overall, we are approaching a point of inflection. The really robust growth in GDP and the really robust gains in profits... are happening right now, and we do expect this to decelerate and it will be increasingly clear in 2019... that is sometimes something that does spook the overall market.’ Abby Joseph Cohen

Specifically, Cohen warned that the risk of a trade war could ultimately be a problem for the S&P 500 SPX, +0.31%[2]  , which she says is in an “OK, not great” position in terms of its current valuation.

“Over the last year or two or three, the significant demand in U.S. equities has come from the countries where the president is now talking about slapping significant tariffs,” she continued. “That can’t make those investors particularly friendly towards the United States.”

But it’s the bond market she finds to be particularly troubling.

“I’m more concerned about fixed income than equities,” Cohen said. “There’s already been a notable rise in interest rates at the intermediate and long end. I think it will be increasingly difficult for fixed-income investors to do well.”