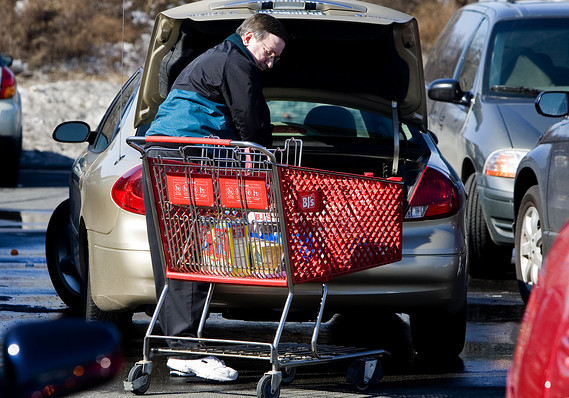 Getty Images
Buoyed by rising incomes and a great jobs market, Americans spent more at restaurants and hotels in June as they enjoyed the start of summer.

The numbers: Consumer spending rose a solid 0.4% in June, as foreshadowed by last Friday’s strong report on U.S. economic growth in the second quarter. Gross domestic product surged 4.1%[1] in the period from April to June.

Economists polled by MarketWatch had forecast a 0.5% increase in spending. Incomes also rose 0.4%.

The PCE index, the Federal Reserve’s preferred inflation gauge, rose a scant 0.1%, the government said Tuesday[2]. So did the core rate that strips out food and energy.

The rate of inflation over the past 12 months flat-lined at 2.2% in June. Although that matches a six-year high,Inflation appears to have crested, at least temporarily, after a prolonged upturn.

Similarly, the yearly change in the core rate was unchanged at 1.9%.

The increase in spending was supported by rising incomes. Even though spending rose sharply in the spring and early summer, the U.S. savings rate held steady at 6.8%.

Big picture: The best jobs market in decades has put millions of people to work, boosted incomes and given Americans the confidence to spend. That’s the good news.

The downside is that labor shortages and rising costs for raw materials has pushed up inflation after a long period of calm.

If inflation keeps going up, the Federal Reserve would have to raise U.S. interest rates higher in a delicate balance act. The central bank is aiming to keep a nine-year-old expansion on track without letting inflation get out of hand. Were it to fail the economy could plunge into another recession.

Market reaction: The Dow Jones Industrial Average DJIA, -0.57%[3] and the S&P 500 SPX, -0.58%[4] were set to open slightly higher in Tuesday trades. The stock market has rallied in a big way over the past two weeks, but prices gave way on Monday.

More in this category: « Futures Rise As Traders Digest Data Deluge After Tech Rout; Fed Looms Trump Declares War On The Koch Brothers: They Are "A Total Joke" »