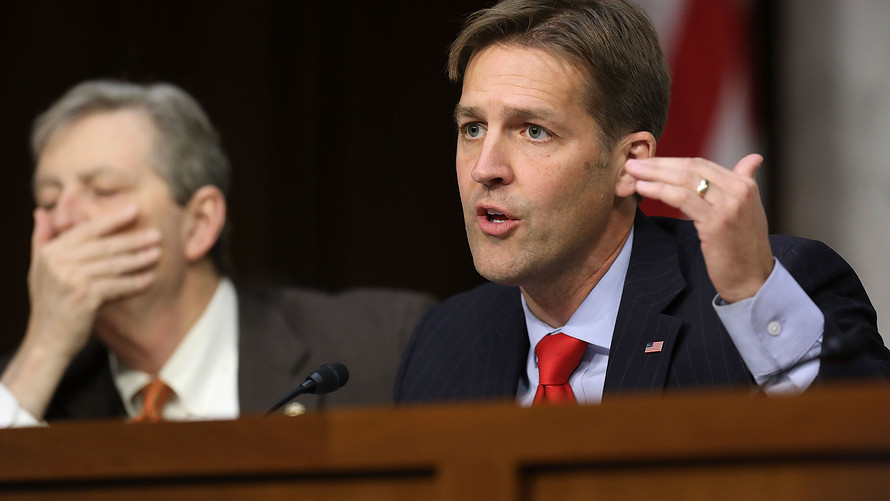 Senator Ben Sasse got sassy on Twitter Saturday, writing that he “regularly” thinks about dropping his party affiliation.

Sasse, a Nebraska Republican, started the day by commenting that he was worried the country was “headed toward a place where hefty majorities of both sides of the electorate are going to regularly embrace unsupported or blatantly false assertions.” One Twitter user responded that “part of the solution” was what she did—switching her party affiliation from Democrat to unaffiliated—and asked if Sasse ever thought about doing the same.

yep — regularly consider it
(except the “from Dem” part) https://t.co/ZZCQKOPhL9[1]

“Regularly consider it,” he wrote back, “except the ‘from Dem’ part.”

When another Twitter user told him that President Donald Trump was responsible for the fact that political bases are more likely now to believe false statements, Sasse responded that Trump was “accelerating the trend, obviously,” but that a “giant share of Democrats” at one point thought former president George W. Bush “knowingly concealed” the Sept. 11 plot.

Sasse has been critical of President Donald Trump, including in reference to tariff policy[4], which he said was “cutting the legs out from under farmers.” Trump continues to defend this form of trade policy and did so ago Saturday, tweeting that prices for Apple products could rise under a proposed set of tariffs[5] but that the “easy solution”[6] would be for Apple Inc. to stop manufacturing items in China.

Earlier in the week, Sasse slammed Trump for “‘trying to politicize” the Department of Justice, according to a CNN report[7]. ...

More in this category: « US Military Preparing For "Options" In Syria Bayer Beware: Lawyers Claim To Have "Explosive" Monsanto Documents »