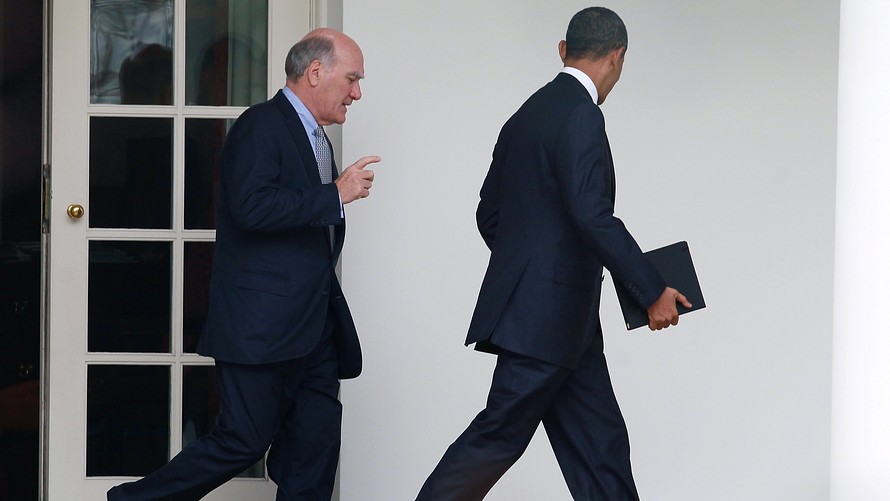 UPDATE: Daley, as expected, formally announced on Monday his candidacy for Chicago mayor[1], saying he had left his investment-banking job in order to devote his time to running for the office held by his father and older brother for a combined 43 years.

Bill Daley, the U.S. commerce secretary under President Clinton, an Obama chief of staff and a onetime gubernatorial candidate for Illinois, with a surname synonymous with Chicago politics, has decided to run for mayor.

He’ll join, with a formal announcement expected Monday, according to the Chicago Tribune, a lengthy list of declared and prospective candidates[2] after the surprising decision by two-term Democratic Mayor Rahm Emanuel not to run again[3].

Daley, 70, will be vying for the job held for 22 years by his brother, Richard M. Daley, and for 21 years by his father, Richard J. Daley. The latter ran City Hall during some of Chicago’s most notorious moments, including the violent clashes between police and protesters at the 1968 Democratic National Convention.

Daley may be helped or hurt by the more recent legacy of his brother, who was widely credited with ushering in a relatively low-crime era and bringing racial peace to Chicago (although the lasting power of those efforts remain open to argument as the city’s violence statistics now stand among the highest in the nation). He also championed largely popular green initiatives and courted international business but left the city effectively under water with a huge pension liability and other bills.

Bill Daley, an attorney and former banker, including at JP Morgan Chase & Co. ...

More in this category: « 'Sell Everything'? Stocks, Bonds, Dollar Slide As New Tariffs Loom Maxine Waters Calls For Supporters To "Knock Off" Trump »